Artificial intelligence has been a hot topic for several years, but at Huawei Connect 2018, held in Shanghai, China, this past week, the company laid out several keys that could bridge the gap from extolling its benefits, to realising its full potential.

Continuing from Part 1 of this exploration, Eric Xu, the chairman of Huawei Technologies, laid out the second set of ten keys or changes that the industry at large should put in place.

The sixth change is about the practical application of AI. Xu pointed out that many high-performing models and algorithms perform better in tests than in real-world execution. “Industrial-grade AI models of the future must be able to meet the needs of real-world execution. It’s not enough to perform well in test sets alone,” he continued. 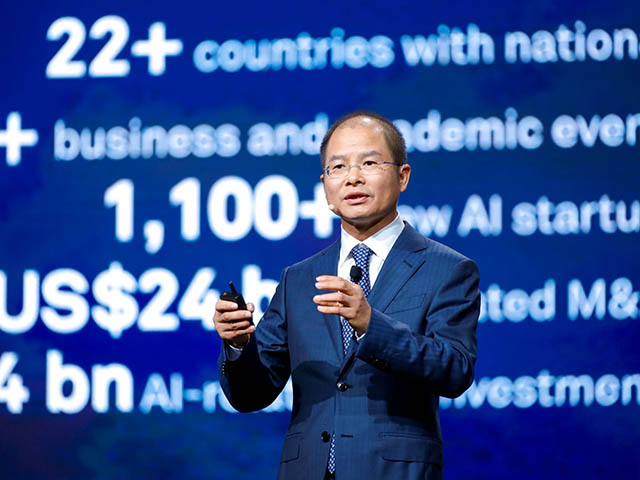 The seventh change involves model updates. Xu explained that the accuracy of any given model shouldn’t be static, as accuracy changes with data distribution, application environments, and hardware environments. While keeping accuracy numbers within an acceptable scope is necessary for enterprise applications, existing model updates are not done in real time. Rather, they rely on human input at fixed intervals.

“We believe that models of the future need to be adaptive to changes and updated in real time. This represents a real-time, closed-loop system that helps enterprise AI applications continue to operate in an optimal state,” he elaborated.

The eighth change involves synergy between AI and other technologies. Xu pointed out that every General Purpose Technology (GPT) - of which AI is the latest -  delivers maximum economic value only when it is combined with other technologies. Unfortunately all too often current discussions on AI are more often than not focused entirely on AI, with no mention of other technologies.

Rather, he stressed, the industry should promote greater synergy between AI and other technologies, such as cloud, IoT, edge computing, blockchain, big data and databases. This, he asserted, is the only way to fully unleash the value of AI.

The ninth change entails platform support. At present, AI is a job that can only be done by highly-skilled experts. There aren’t enough mature, stable, and extensive automation tools. Producing AI models is complex work that takes a lot of time and effort.

Moving forward, Xu noted a one-stop platform that provides the necessary automation tools, making it easier and faster to develop AI applications when needed. When this platform is in place, AI will become a basic skill of all application developers, even all ICT workers, he enthused.

Last, but not least, the tenth change that needs to be made to realise the potential of AI concerns talent availability. Lack of AI talent, especially data scientists, has long been seen as a major obstacle to AI progress. Data scientists are scarce and will remain so in the future.

Xu elaborated that addressing this challenge requires an AI mindset which means providing intelligent, automated, and easy-to-use AI platforms, tools, services, and training and education programs to foster a huge number of data science engineers. These people must be equipped with the ability to deal with massive volumes of basic data science tasks.

This is part of the reason why the company later detailed the efforts it is launching to foster the development of AI talent.

Xu noted that these ten changes are not the entirety of the AI technology, talent, and industry development picture. “However, if we can drive these changes, they will lay a solid foundation for future AI growth,” he stressed.

That growth, according to Huawei’s predictions, are coming faster than we may think, with more than 40 billion personal smart devices being prevalent by 2025, while 90% of device users are expected to have a smart digital assistant by that date. As well, the company expects AI services to be, “as prevalent as the air we breathe.” It is for this reason that Xu stressed the need for proactive change, which he believes will pave the way towards a better future infused with AI.