There’s a lot to say about Huawei’s rise over the past few years, having overtaken Apple to become the world’s second largest cellphone brand behind Samsung. With the Huawei Mate 20 Pro launched yesterday at the Kyalami Convention Centre, it appears as if this is no fluke - the company wants to dominate. 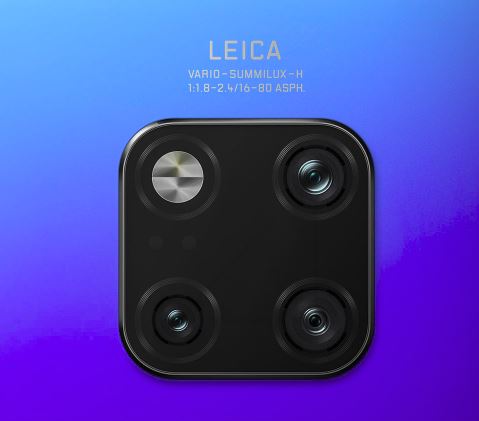 While the Mate series is usually more business focus, even without a stylus, the Mate 20 Pro certainly aims itself towards the consumer. Especially since it comes with four cameras – three Leica units at the back and the selfie cam. The device includes a 40 MP main camera, a 20 MP ultra wide-angle camera, and an 8 MP 3x optical zoom camera - all working flawlessly to go from wide to zoomed in. It also supports macro, which means that you can take photos of objects that are placed as close as 2.5 cm to the lens. Alongside the front facing camera (24 MP) there are also 3D Depth Sensing sensors to help with facial unlocking, that is if you don’t want to use the in-screen fingerprint one to unlock the phone.

The Mate 20 Pro is certainly a good looking device, which despite its 6.39” screen size (3120 x 1440, 538 PPI) doesn’t feel unwieldy in hand. With a 4200 mAh battery in the back, with Qi charging to enable wireless charging, it’s certainly set to get you through the day even with a fair amount of YouTube or browsing. If you don’t want to go with wireless charging (the company says its 15 W is the fastest available), the 40 W Huawei SuperCharge gives your phone 70% charge in 30 minutes.

Huawei was quick to point out the reverse wireless charging ability, meaning that you can actually use the Mate 20 Series to charge other Qi smartphones by simply touching them. How this works out practically remains to be seen.

Much was also made of the Kirin 980 chipset [2 x Cortex A76 (2.6 GHz) + 2 x Cortex A76 (1.92 GHz) + 4 x Cortex A55 (1.8 GHz)] which is claimed to be the world’s 1st 7 nm mobile AI chipset. This dual neural processing unit promises increased performance at a low cost to battery life, of course also assisting with the AI functionality Huawei built into the unit. For example, to help with calorie counting, the Mate 20 Pro can identify the type of food in front of its cameras, the size of the portion and the calories it contains.

The Mate 20 Pro runs Android 9.0 (Pie) out of the box, with a layer of Huawei’s EMUI 9.0 user interface on top. Not all are fans of EMUI, but the company noted that it has been improved to help with getting the settings right.

Price you might ask. As you can imagine, the Huawei Mate 20 Pro is on the higher end of the spectrum, starting at R18 999. If you know you are going to get it, go and pre-order at www.huaweipromo.co.za (from 24 October to 31 October), since doing so will score you the Huawei Watch GT Classic, valued at R5 499, for gratis (first 500 only).

The Huawei Mate 20 Pro is available on contract at the following cellular providers: