With MWC 17 only a few days away, a manufacturer like Huawei has many products it aims to showcase. To that end, the Chinese company has already started early, announcing a new smartphone add-on in the form of the Honor VR Camera.

A smartphone accessory for shooting 360-degree, the Honor VR was developed by Huawei in conjunction with Insta360, which also has its logo featured on the side of the camera. The Honor VR is said to support 3K video recording and live streaming, working via the Insta360 mobile app. 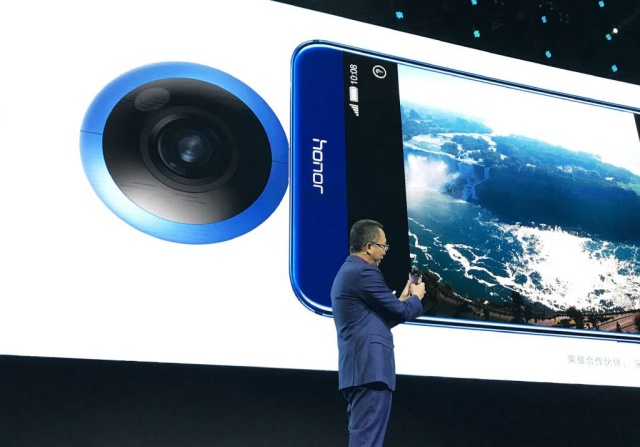 It is, however, unclear whether the Honor VR can be operated independently like Samsung's Gear 360, or only when attached to a Huawei/Android device. With the finer details unknown at this stage, we should get a better idea of the Honor VR at MWC 17 in Barcelona next week, where it will likely appear alongside the Huawei P10 and other devices.