If you think that screen projectors have to be big, bulky, or limited to your lounge, you haven’t met the Icodis CB-100.

The word that comes to mind when looking at the tiny and portable Icodis CB-100 projector is travel friendly. Although it’s cubic in form, it is no bigger than a tennis ball (63 mm by 68 mm, to be exact), and easy to envision placing it, along with its included mini tripod, in your carry-on bag, purse or backpack, leaving plenty of room to spare. It’s also suitably light at a mere 202 g. 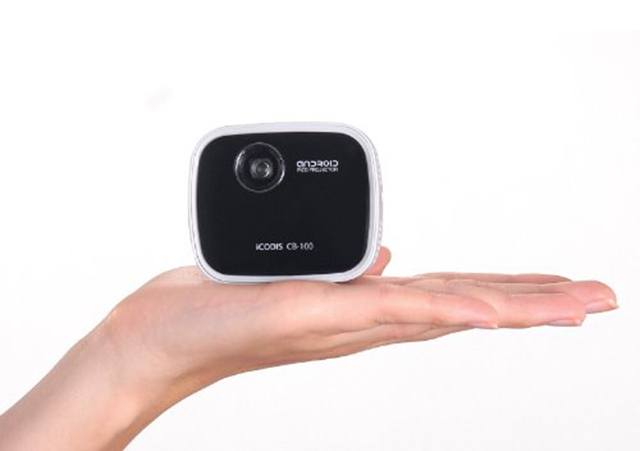 The device boasts its own 1 GHz Cortex A7 dual core processor and 1 GB of memory, along with 8 GB of built-in storage, and runs off of the Android 4.2 OS, the latter of which makes it particularly versatile. Furthermore, it is able to connect to and beam an image from a variety of secondary devices, including notebooks, smartphones, tablet PCs and of course media can also be brought into it by using a USB flashdrive. Up to 32 GB external storage is supported.

As for supported formats, the CB-100 is friendly to some of the more familiar ones, including AVI, MOV, and a rising star online, GIF. 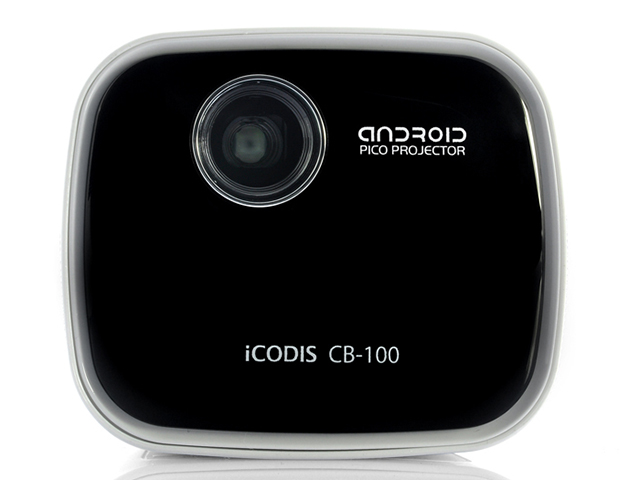 Considering its small size, the picture it can throw is quite impressive; even though it only offers 45 lumens, we found this to be sufficient in a moderately darkened room. Additionally, it can render an image from 5” up to 50” image in size, although, in this respect, we found smaller is definitely sharper.

As for audio, you can either rely on the device’s included (single) speaker, or a better option in our opinion, connect a pair of headphones and enjoy your content through them. For those who have work, rather than entertainment on mind, the tiny projector can host a presentation on it without the need for a notebook, and a Bluetooth mouse can then be connected to the device for navigation.

The more we used it, the more impressed we became with the idea and the potentials of the CB-100, with the old axiom dynamite comes in small packages coming to mind. RRP: R5 000 from Midi Electronics – 011-432-2789.