The recent launch of Cisco’s Women’s Tech Connection at its offices in Bryanston didn’t just offer the hope of empowering more female engineers and opening a doorway for more women to participate in the vibrant technology world.

It also shone a light on the critical need to bridge the gender divide in technology. It was with this in mind that we sat down with Nina Lualdi, the vice president of Business Model Evolution Orchestration at Cisco. On the table for discussion: why tech needs more women, and what needs be done to stop women from leaving the sector for good.

Lualdi began by noting that it is imperative that more women are encouraged,  and provided the opportunity, to participate in what has traditionally been a male dominated industry.

She pointed out that the population of South Africa is roughly split 50-50 along gender lines, with half of the population being female. However the Fourth Industrial Revolution, which the world is currently in the midst of, doesn’t impact men exclusively. The basic pillar of the 4IR is that of digitising all the processes that underlie how we – men and women – live our lives. In other words, everyone is affected, and therefore broader participation in creating the systems that underlie the likes of AI and machine learning needs to be representative of both genders.

Lualdi explained that by digitising processes we are able to divest ourselves of work that doesn’t bring us satisfaction and free up our time and energy to focus on the activities that machines cannot replicate, that are innately human and that are of high value. The result of doing so?  Greater happiness.

Here’s the rub. This cannot be done by half the population ie men alone. “To effectively digitize the world and drive the fourth industrial revolution, you need human capital, you need people who are capable, who have technical expertise and who can engage in the innovation that is required,” she explained. Exacerbating matters is that it is a small percentage of the population, male and female, who study IT and more specifically train in IT engineering.

“At the bare minimum, we simply need women (engineers) to meet this demand,” she stressed. Unlike mature markets, emerging markets – of which South Africa is one -  aren’t saddled with as much legacy technology that they have to contend with. Rather, they face the challenge of needing to build a great deal of new infrastructure, new systems and new ways of doing things.

As an increased need for development depends on a large degree of human capital, the argument can be made that how well the country does at rising to the challenge of the Fourth Industrial depends on how well it empowers the full spectrum of its population to participate. 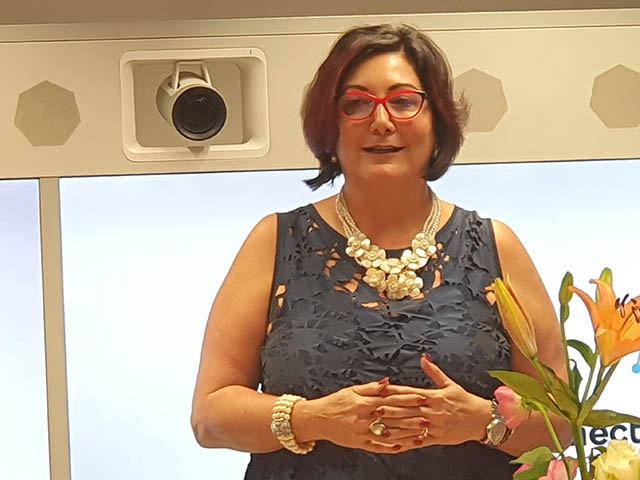 There is another very good reason to make it easier for more women to join the tech world and become engineers. Lualdi related the viewpoint of a large client who noted that while many male engineers are very good at solving technical problems, digital transformation has required more lateral and multi-dimensional thinking, and an understanding of the problem in the broader context of the business.

“That is something that female engineers have an inherent ability to do extremely well,” she noted. Both a technical approach and a broader, more intuitive understanding of how solutions fit into a bigger picture are becoming essential to a company’s success, which means that both types of expertise are required.

In essence, it is not just politically correct for the gender gap to be closed and for more women to be empowered to become IT specialists and engineers. It’s essential to business’s success and the country’s growth in a digital  era.