Want a truly local collab on a truly local shoe? Puma South Africa and Jack Parow are celebrating 10 years since Cooler As Ekke hit number one, with the release of the very limited edition Puma x Parow Veldskoen, with only 100 pairs available.

Puma calls this a product with quintessential South African heritage, with these vellies featuring an etched “Jack Parow 10 Years” logo along with a thick rubber sole, stitching details and brown leather uppers with red lace-up fronts. 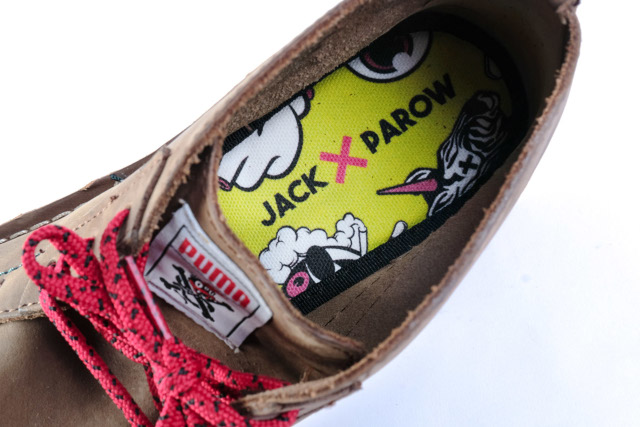 “Puma has been one of my best friends since the very beginning!” says Jack Parow. “2020 marks 10 years since Cooler As Ekke – which catapulted me into the limelight and became the first Afrikaans song to reach a million hits on YouTube. Puma was there before that, when I was just some weird dude with a snor trying to make people listen to my weird Afrikaans rap songs. They listened, they supported and they have always stuck with me.”

“I love Puma like I love a double Parow Brandy and coke and a braai broodjie. So what is more fitting, more proudly South African and just more lekker than a Puma x Parow Veldskoen? Seriously, it’s flippin next level . . . it’s like the coolest thing in the universe and there are only 100 pairs in the world! No Jokes, only 100, that’s rarer than my oom eats his steak, and he basically just cuts it off the bok and eats it. So go get a pair now before they are SKOON VELD!” 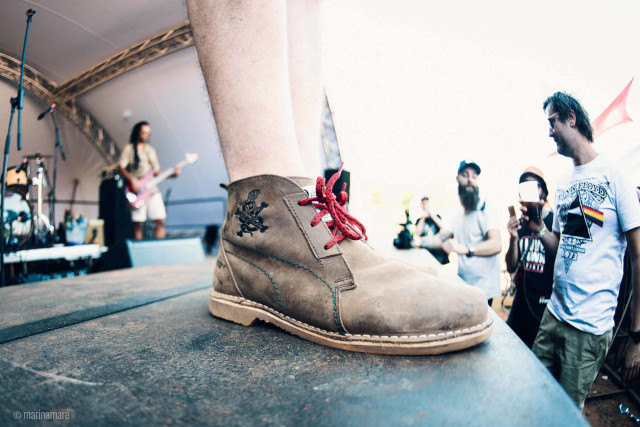 “Jack has been a true friend of Puma South Africa over the years and has worn many of our designs and silhouettes on stage but it seemed fitting that, in advance of the  10th year of Cooler as Ekke, we celebrate Jack and the single with something as South African as Puma’s vellie. Onwards and upwards to two South African classics,” concludes Puma South Africa’s director of marketing Brett Bellinger.

Retailing for R1 299, cop your pair of Puma x Parow Veldskoen from Superbalist, Nolene’s in Robertson and Ritsa in Clanwilliam. The vellies will also be available via Jackparow.co.za.

UPDATE: The only sizes still available on the Parow site is UK 4, 6 and 14. There are no more shoes available on Superbalist.