If your movie allegiances lie with DC instead of Marvel, chances are Dawn of Justice and Suicide Squad rank high on your list of must-have films for 2016. The latter sees the re-emergence of the Joker, as played by Jared Leto. Sporting a number of tattoos and a questionable neon-green undercut, Leto's Joker has garnered mixed reaction to date. Now the clown prince of crime has landed on the latest issue of Empire magazine, as part of a series of limited edition series for Suicide Squad. 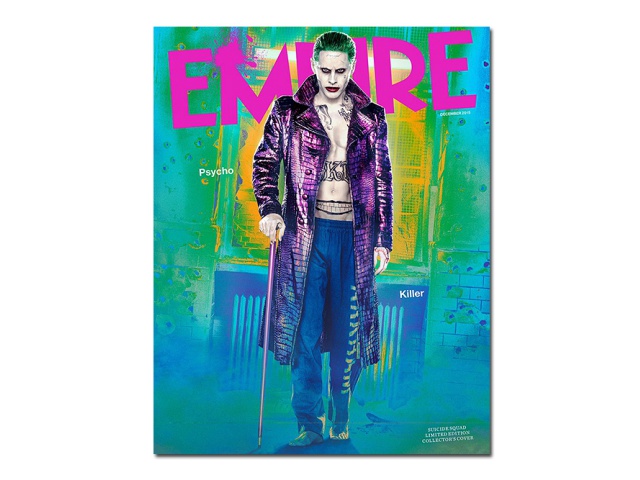 The cover, featured above, sees the Joker don his bright purple crocodile leather trench coat, matching cane and navy blue track pants. He also decided to forego his shoes and shirt, showcasing all his tattoos. It has the words "Psycho Killer" on the cover, which obviously references his predilection for wanton destruction (or perhaps his favourable attitude to Talking Heads classics?). 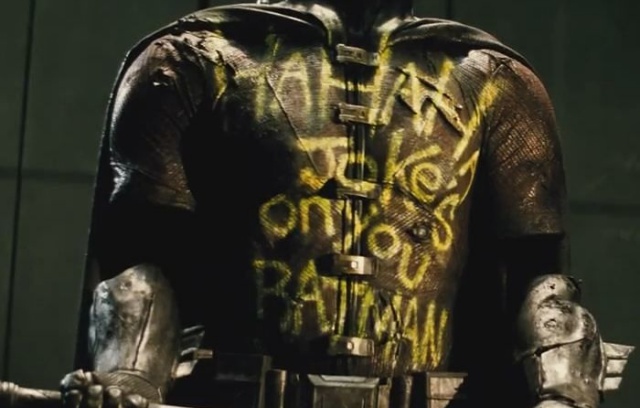 It also pays reference to the mind games he seems to be inflicting on Batman/ Bruce Wayne in the Dawn of Justice trailer, alluding to his reported killing of Robin, most likely Dick Grayson. To that end, this dynamic between the two is no doubt explored in Suicide Squad, which should make for a compelling comic book film.