Marvel's big movie event for 2016 will undoubtedly be Captain America: Civil War. While we know that Iron-Man (Robert Downey Jr.) and Captain America (Chris Evans) find themselves on opposite sides for this one, most likely due to the events of Age of Ultron (review), we're not too sure yet how the Avengers will be picking sides.

Regardless of which side he's on, Hawkeye (Jeremy Renner) is simply happy that he'll be wearing a far better looking costume than the one he donned in Age of Ultron. In fact, Renner tweeted an image of a concept drawing of Hawkeye wearing a navy blue and black get up, with Ant-Man (Paul Rudd) perched on his shoulder. As for which side he'll be on, Renner does not say.

Comic Book Movie however, might have given us an answer. The website posted two concept images showing a bunch of Avengers, some of which in new-look costumes. The first image features Captain America, in the garb he sported for Age of Ultron, along with newcomers Falcon (Anthony Mackie) and Agent 13 (Emily Van Camp). They're are also joined by Hawkeye and Ant-Man, featured from the aforementioned image. Given all the characters affiliation with Cap, we're assuming they'll be part of his team for Civil War. 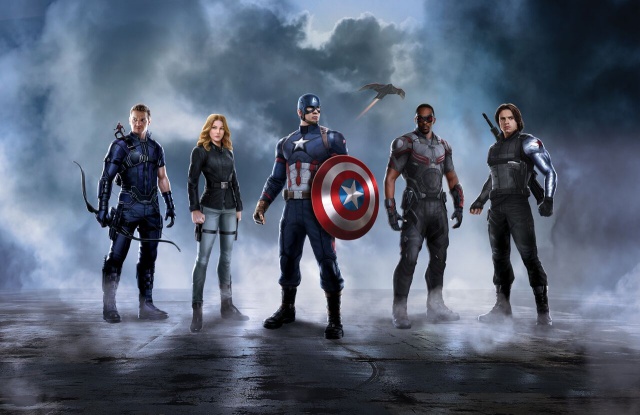 The other side of this fight sees the posse that Iron-Man has wrangled together, and they're quite impressive, namely because the Vision (Paul Bettany) is pictured alongside Tony Stark. Joining Stark are War Machine (Don Cheadle), obviously, along with Black Widow (Scarlett Johansson) and Black Panther (Chadwick Boseman). While both teams look strong, we gotta give the edge to Iron-Man's posse. 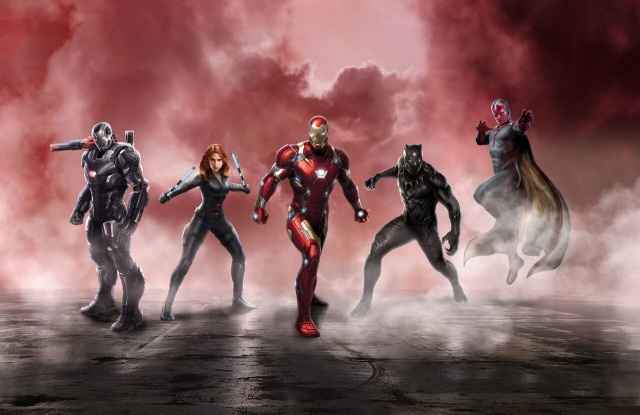 The question we have though, is where the Asgardian, Thor, in all of this?.