Crowdfunding platform, Kickstarter, has announced that it has officially passed the $1 billion mark in pledges, coming from 5.7 million backers worldwide. This landmark comes a little less than five years since Kickstarter’s launch in April 2009. The company has also released an interesting infographic to commemorate this impressive achievement. The organisation's growth has been significant year on year, with a reported $500 million raised in 2013 alone.

The official statistics for the milestone sees a total of 5 708 578 people backing Kickstarter projects, coming from 22 countries across all seven continents. The top three nations, as far as money pledged goes, is the United States, topping the list at an estimated $663 million, with the United Kingdom and Canada pretty far behind with $54 million and $44 million respectively. South Africa also features in the list, although not one of the top grossing countries in the world, it can boast the title of top African nation, with a total of $1 193 925 from 5 973 backers.

Kickstarter has also outlined some of its most influential crowd funders, with Neil Gaiman noted as the top, with his first pledge going to an independent feature film, titled The Rainbow Boy. Most comic book and graphic novel aficionados will recognise Gaiman as the popular author of the beautifully illustrated and well-written Sandman series. Kickstarter also named one of its own, in Tieg Zaharia, as the “Most Kickstarter”, as the company engineer personally backed over 1000 projects since 2009. 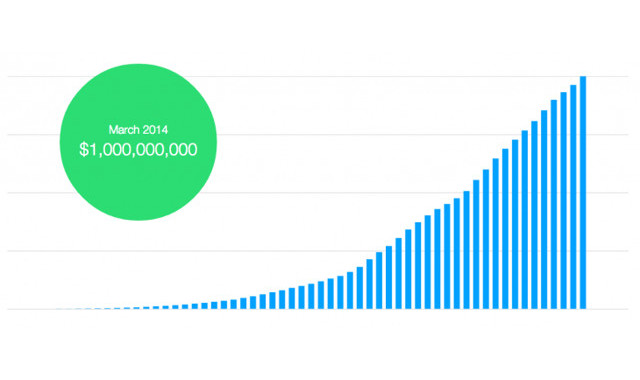 It has not all been plain sailing the crowdfunder, with the company recently reporting a security breach on 15 February 2014. Kickstarter stated that no evidence of information or credit card details being taken, but it did state that two user accounts experienced unauthorised activity.

Kickstarter states that to date 57 121 projects have reached their goals and begun rolling out into development or releasing to the public. It is also important to know that Kickstarter has not been a success for all projects, with an estimated 74 042 not reaching targets and consequently falling to the wayside. That is a pretty harsh truth to swallow, with more projects failing than succeeding, it definitely takes more than an original idea, it also requires a solid marketing strategy to ensure projects get noticed and receive the necessary exposure.

Kickstarter has certainly grown immensely over the years, and its potential for innovative and determined entrepreneurs is clear for everyone to see. It should prove interesting to see whether it can be the source of a product or service that truly changes the way we live.