Getting stranded on an island as in Lost is already troublesome enough, but what if you end up on an alien planet with no signs of intelligent life and strange giant creatures swarming around you? That's what the anime series, Uninhabited Planet Survive, puts its characters through.

Uninhabited Planet Survive (Mujin Wakusei Savaivu) also known as Planet Survive is a Sci-Fi/Fantasy anime series consisting of 52 episodes, which were broadcast without breaking the anime into shorter segments. It carries the rare virtue of being an original concept since it is not based on any manga. The anime was even translated into Portuguese and Spanish and is highly popular. There are a still a lot of sites and even fan fiction about the anime floating on the web. 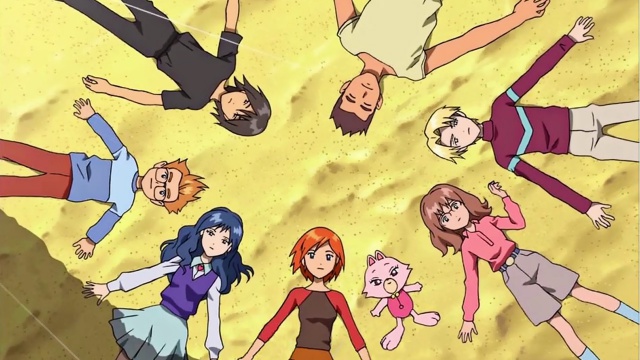 Our story takes place two centuries from now, as space travel and planet colonisation forming a daily part of life. Planet Earth is uninhabitable (we finally over polluted our world) and mankind forced to survive by colonising the surrounded planets like Mars and planetary moons.

The audience joins Luna, who has been living alone with Chako, her pet robot cat, since her father died in an accident (we also learn that her mother died two years before that). Along with six of her classmates, as well as Chako, Luna finds herself stranded on an alien planet, after a school trip goes horribly wrong.

Since they grew up surrounded with technology with no real knowledge of living in the wild, these kids are faced with challenges including finding food, water and shelter as well as staying alive until rescue comes - if it ever does. Added to this is one final catch, the ever-present question of whether or not the planet really is truly uninhabited. 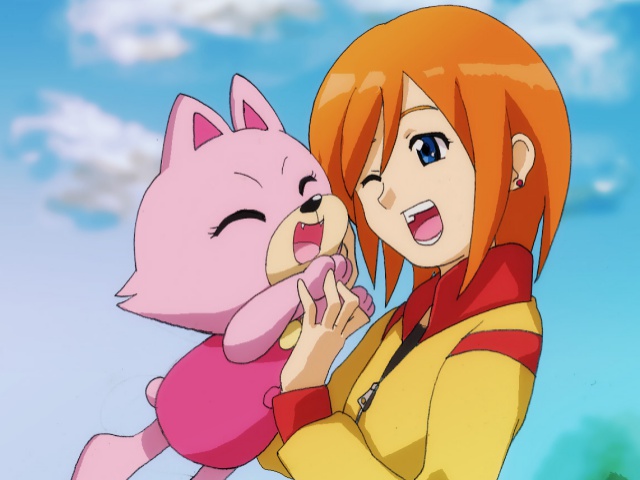 The animation is relatively solid and looks quite bright and appealing, particularly if you liked the animation of the Digimon anime, you will love the style of Planet Survive. There are 3D elements littered throughout, especially in the outer space scenes and spaceships, all of which flows well with the rest of the animation. It’s slightly ahead for its time (2003), from a look and feel perspective, and you can see a lot of effort has been put into the artwork, making the design for each character feel uniquely distinctive.

The sound though is less enchanting, with far too many generic sound loops being played throughout any given episode. Two prime examples of this, is when there is danger, and when the characters are happy. Luckily with the awesome animation and strong storyline, the score does little to bring down the quality of this anime.

The opening theme titled Bokuta no Message by Kiroro is fairly mellow, with the slightly more upbeat outro named Sunny Side Hill being performed by ROUND TABLE featuring Nino. Both of these songs are pleasant to listen to at first, but after a while you might want to skip them and get straight to the anime itself. 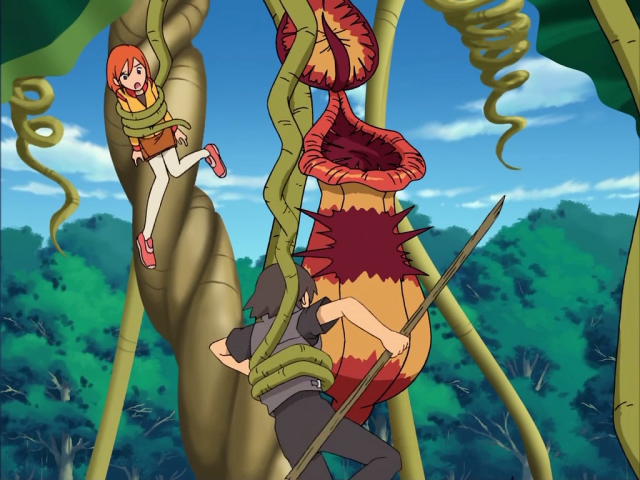 Though this is an anime mainly aimed at younger viewers, there is a maturity to it, with plenty of lessons to be learned. The characters have obstacles to overcome and hard work is part of their existence. All the bases for survival are covered expertly in the storytelling, such as finding food, building shelters from scratch, protection against predators, as well as engaging the mind of viewers and makes one actively engage with the action while watching the series. Furthermore themes like leadership, family, the power of friendship, sacrifice, even guilt and forgiveness are also explored.

Personally I thought every episode bettered the previous one. I watched the anime almost non-stop over a weekend and every moment proved entertaining. It certainly is a anime one can seriously get addicted to. 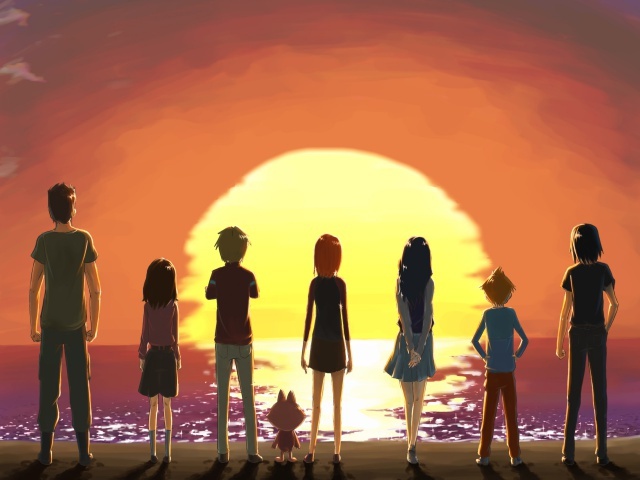 Shoji Yonemura is from the Fukuoka Prefecture of Kyushu Island, Japan. He graduated from Tokyo Zokei University and worked as a freelance writer in Arakawa. Yonemura now works on screenplays for anime and is a scriptwriter for the wildly popular Pokemon anime series, along with some notable script work for Berserk.

Madhouse was founded in 1972 by ex-Mushi Pro animators which includes Masao Maruyama and Yoshiaki Kawajiri. They produced many TV anime shows and movies including Ninja Scroll, Beck Mongolian Chop Squad and Death Note, and are currently producing the second Hunter x Hunter anime.

In the mood for more entertaining Sci-fi aimed at kids? Try Digimon or if you want something more mature take a look at Chobits.