Be on guard as Russia’s war on Ukraine could hav...
0
comments

The move into hybrid: why we need to rethink the m...
0
comments

We all know South Africa has a corruption problem:...
0
comments

Action adventure is a great genre if you enjoy the travails of heroes and foes duking it out for survival. This week we take a look at Hunter x Hunter, an anime that explores the world through the eyes of a boy on a quest to find his father, a professional hunter. The hunters in this world though are Indiana Jones-types - part relic hunters, part archeologist and 100% adventurers.

Hunter x Hunter is an anime filled to the brim with variety, with plenty of action, adventure and comedic elements, making it highly addictive, interesting and entertaining. It is an excellent tale and does not rely on tricks such as use explosions and fanfare to keep the audiences transfixed. We would best describe it as a mature version of Dragon Ball Z in a way (without the ‘100 episode battles’ that DBZ is known for). 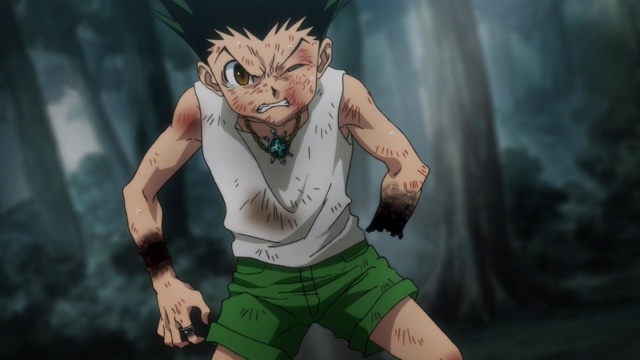 When it comes to Hunter x Hunter the characters certainly make the series. It is filled with great character-development and even if a person only appears in one episode, they are explored via a bit of a backstory. The anime’s main protagonist, Gon, is a boy that decides to become a hunter like his father, Ging, whom he has not seen since childhood. To accomplish this goal he first applies to take the hunter’s exam, a gruelling test which have seen people lose their lives. There he meets Killua, a member of the most dangerous assassin family in the world and a skilled assassin himself, even if he’s only a little kid of about 12 years of age.

Killua decided to apply for the Hunter exams on a whim - he thought it looked like fun. These two forge a friendship that eventually becomes an unbreakable force. Gon is more brawn than brains and Killua is a strategic genius; these qualities form the recipe that makes them a terrifying team of powerful protagonists. Their friendship and adventures are certainly the main reasons why many fans get hooked on this anime. At first glance the anime look as if it is for kids since our heroes are very young teenagers, but trust us, the anime is very dark and mature (in the right dosage) and will appeal more to adults. Although it is not a gore-fest, there is violence as well as themes more suited for adult audiences, such as pain, loss and desire for revenge. One such character that embodies this is Kurapika, a warrior that wants to exact revenge on the people that murdered his tribe. These types of themes are dealt with skillfully, and often awaken empathy for the characters. Many moral lessons are delivered in this anime, including the value of friendship, which we thought only added to its enjoyment.

There are two Hunter x Hunter series. The 2011 remake is far better in our opinion, since the 1990 version was not as true to the original manga's storyline, Hunter x Hunter, created by Yoshihiro Togashi, who also created Yu Yu Hakusho.

Yoshihiro Togashi created Hunter x Hunter because one of his hobbies includes collecting all manner of different objects and thought it must be a great theme for a manga. He decided on the name ‘Hunter x Hunter’ after watching a variety show called Downtown in which the hosts often repeat words to make the audience laugh. The birth of his son also played a large part in influencing the storyline of Hunter x Hunter, as the main theme deals with a boy searching for his long lost father.

The soundtrack accompanying this anime series is a perfect fit, with its opening theme alternating between the songs, Departure! and a different reinterpretation named Departure! –Second Version, both by sung by vocalist Masatoshi Ono. So far there are five ending themes: Just Awake by Fear, and Loathing in Las Vegas (Episodes 1-26), Hunting for your Dream by Galneryus (Episode 27 – 58), Reason by Yuzu (Episode 59 – 75), Nagareboshi Kirari by Yuzu (Episode 76 -98) and Hyori Ittai by Yuzu featuring Hyadain from episode 99 onwards.

If you enjoy adventure, action, character building and anime that makes you laugh, Hunter x Hunter is it. It provides a fantasy world with unique creatures, and original storylines that are not generic and overused. Hunter x Hunter is set to make you feel like a child again and there is no price tag on such an experience.

Also watch: Dragon Ball, Dragon Ball Z or Dragonball GT as well as One Piece if you enjoyed this anime.

Madhouse is an anime house founded in 1972 by ex-Mushi Pro member Osamu Tezuka.  The studio has produced many popular anime to date, like Trigun and Deathnote to name a few.