Customers are looking for value, not cheap solutio...
0
comments

Apple’s new Lockdown mode: What it tells us abou...
0
comments

Just when you think you know everything about anime genres a new one slips in. Today we look at Culinary anime, yes anime about food. Food is a very important part of Japanese life, so in a way it’s understandable that there would be anime about it too. Get your chopsticks ready as we profile the 'Culinary Adventure' series Yakitate!! Japan.

Yakitate!! Japan means "Freshly Baked!! Ja-Pan" (The word Ja-pan refers to 'pan' the word for bread in Japanese, as well as the country of Japan). The series is based on the Yakitate!! Japan manga created by Takashi Hashiguchi which was produced by the anime studio Sunrise. It was so well received that it even won the 2003 Shogakukan Manga Award.

The mangaka (or comic artist), Takashi Hashiguchi, was born on 2 June 1967 in Tokyo, and is best known for the creation of Yakitate!! Japan. A recurring theme in his manga is the realisation of childhood dreams, such as being a baker, and he also likes to focus on unusual occupations or sport, with some of his other notable work including Super Yo-Yo (Chousoku Spinner). 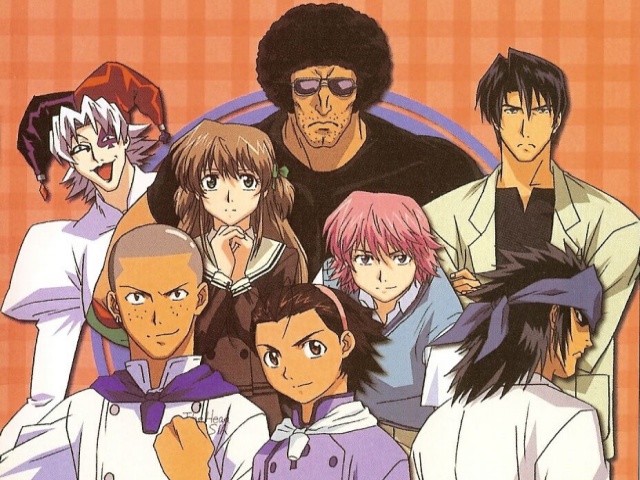 Yakitate!! Japan’s centres around Kazuma Azuma, a boy with a passion for baking bread and a quest to create the 'Ja-Pan', the national bread of Japan, celebrating the country of his birth. Azuma wants to capture both the hearts and mouths of the Japanese people and in the process give Tim Noakes a heart attack. In the anime he heads to Tokyo and starts to work at Pantasia, a massive bakery and each episode chronicles his escapades and adventures with his co-workers, as well as the interesting types of bread he creates along the way.

To aid him in his quest, Azuma has a special, almost magical, ability called 'Solar Hands' (Taiyō no te). Solar Hands imbues him with the power of having hands that are warmer than normal body temperature, which allows the dough to ferment faster. It gives him some great advantages, but his true power in this anime is definitively his innovative mind. 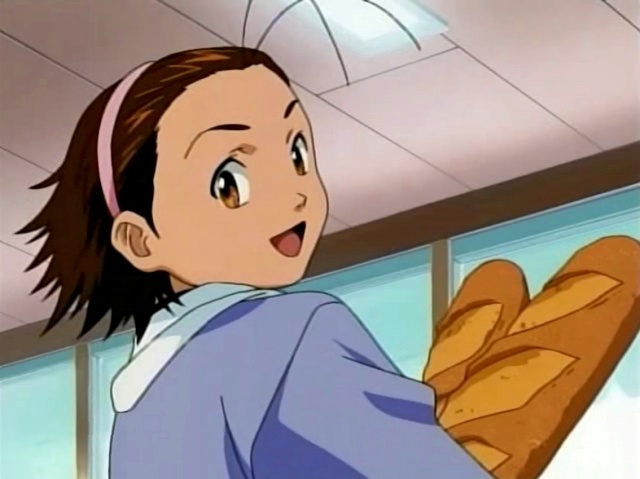 For the most part, the animation is fairly straightforward and employs generic tricks that many anime watchers will be familiar with, like the use of dark wavy lines to show that a character is depressed. However, the one element that truly stands out, is the bread, all of which is beautifully well drawn and mouthwatering to look at. In fact, several times throughout the anime you just wish you can have a taste, giving credence to the saying that you eat with your eyes.

As far as sound goes, one must first praise the voice actors, with the Japanese actors doing a splendid job to convey the nature and mannerisms of every character flawlessly. The soundtrack on the other hand is cheesy at times, but some of the theme songs throughout the anime can be quite enjoyable, such as To all tha dreamers by SOUL'd OUT, which is the anime's second ending.

The anime's biggest flaw is that its characters are mostly underdeveloped and not fleshed out like that of Hunter x Hunter or D.Gray-man. As a result you don't get to know all the characters from an in-depth perspective, and thus don't understand them as well as you should, leaving you with little sense of familiarity or empathy with choices characters make. But it is still an awesome anime, as conflict between characters like Kai and Kawachi for example, and mad characters like Pierrot makes up for that particular flaw nicely. 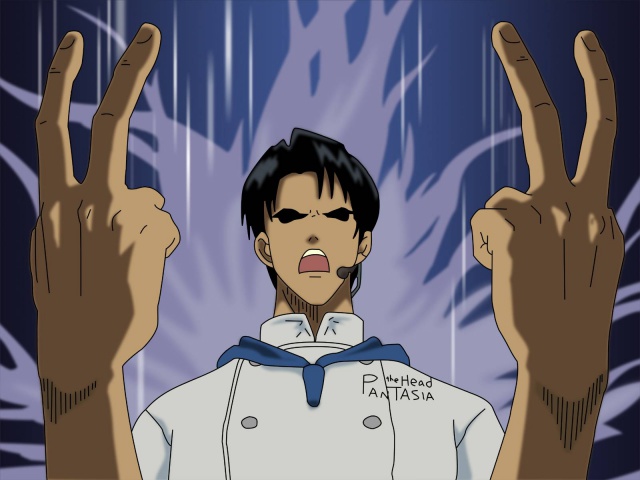 Sunrise is a subsidiary of Namco Bandai Holdings and is located in Suginami, Tokyo. Some of the anime series by Sunrise include the popular Cowboy Bebop, Witch Hunter Robin and Gin Tama.

The secret to watching Yakitate!! Japan is not to take it too seriously and to simply enjoy it for what it is - in this case both funny and delicious. With recipes sometimes thrown in, it carries the extra benefit of educating viewers about bread. Personally I think it is one of the best anime I've watched in some time, and even though it lacked the character building most anime deliver, it still captivated me. I never thought an anime about baking bread could be so addictive, and I’m glad I watched the entire series. Anime fans that love strange tournaments (this one in particular features baker vs. baker bake-offs), or educate their viewers about interesting subjects, or simply out for a laugh will love Yakitate!! Japan. Watch it, I dare you.

If you like anime about food and gourmet hunting, try Toriko, or in the mood for adventure with a cook on a pirate ship, try One Piece.