Product leaks before the official debut are part and parcel of the tech world, and now LG is the latest company to fall victim to it. The device in question is the G4 flagship smartphone, which can be seen pictured below in a leatherbound back cover.

In fact flagship leaks ahead of time are nothing new for the South Korean manufacturer, as the LG G3 (review) suffered the same fate last year. That time, it was the company's Netherlands online portal that made the error, before swiftly taking the misplaced posting offline. Now however, infamous technology leaker Evan Blass (evleaks) "stumbled" upon a microsite for the G4 where a number of specs and pictures were up on display. Since tweeting about the news, the microsite has been shut down, with the page link leading to a broken page. 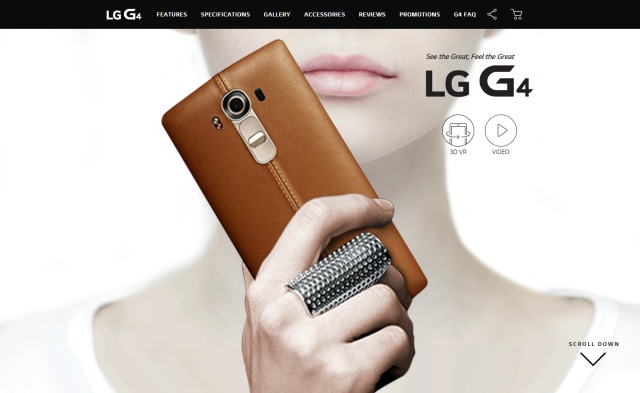 Although the full roundup of specifications and components were not disclosed, two aspects in particular were shown. The first was the G4's display, and as expected it is quite impressive, with a 5.5" QHD screen pulling duty, according to the microsite. The specific resolution is not known, but we logically assume it to be on par with the G3's enviable 538 ppi pixel density. The other key spec was battery capacity, listed as a removable 3000 mAh cell, with a microSD slot thrown in for good measure.

For now, the chipset, RAM and onboard storage are still a mystery, but all that information will become public knowledge on 28 April. 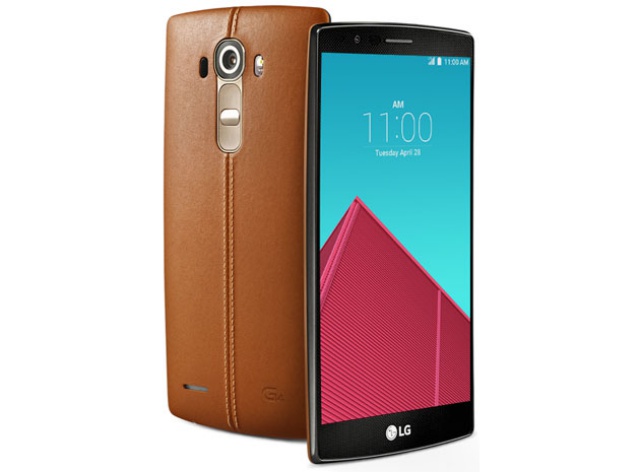