4 July is the date set for the debut of Stranger Things season 3 on Netflix. If you’ve had your fill of the game and the comic book, there’s something awfully cool to tide you over till then. Lego has announced their own Stranger Things model – 75810 The Upside Down, able to flip between the real world and the Upside Down, where poor Will was caught up in.

On top is the Byers’ house, complete with Will’s bedroom, the living room and the dining room. Flip it and you get the Upside Down version of the house, from an alternate dimension, featuring all the rooms from the real-world model but with a dark, vine-covered, dilapidated look that fans will instantly recognise from the series. 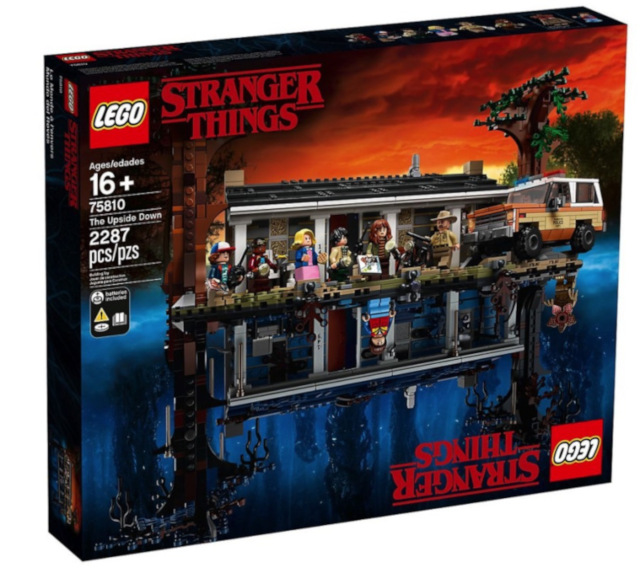 That’s not all, since the set contains the most NB characters as little minifigures, including Eleven, Mike Wheeler, Lucas Sinclair, Dustin Henderson, Will Byers, Joyce Byers, Chief Jim Hopper and even the Demogorgon (no Barb, for whom we still demand justice for).

Lego does pay attention to detail, with the living room, for example, featuring authentic details from the series, like the alphabet wall with a light-up function, couch, coffee table, telephone, axe, ‘have you seen me?’ flyer stickered element and a bear trap to catch the Demogorgon. Your minifigs can go for a ride in Chief Jim Hopper’s police truck, which has a removable roof for easy access to the interior and a pumpkin element as a reminder of Season 2.

All in all, you’re looking at 2287 pieces in this Lego set, going for $200, available already for Lego VIPs, but for us plebs only from 1 June.