Business only. That was the main focus of the Lenovo ThinkPad range. However, launched today at IFA 2018, underway in Berlin, Germany, is the X1 Extreme. If the Extreme part conjures up images of a dangerous energy drink, well, this notebook would be happy to oblige.

According to Lenovo it’s the first of the ThinkPads that combine strong business qualities with more consumer orientated features. For example, not only are Dolby Vision and Dolby Sound included, but there’s also a Nvidia GeForce 1050 Ti graphics card onboard. Furthermore, it supports Windows Mixed Reality Ultra for virtual reality or augmented reality support, while it’s also Oculus VR ready.

It still looks and feels very much like a ThinkPad, with its classic Bento box inspired design. Cloaked in carbon fibre, and with an aluminium bottom cover, the X1 Extreme doesn’t stray off its well-worn design path. 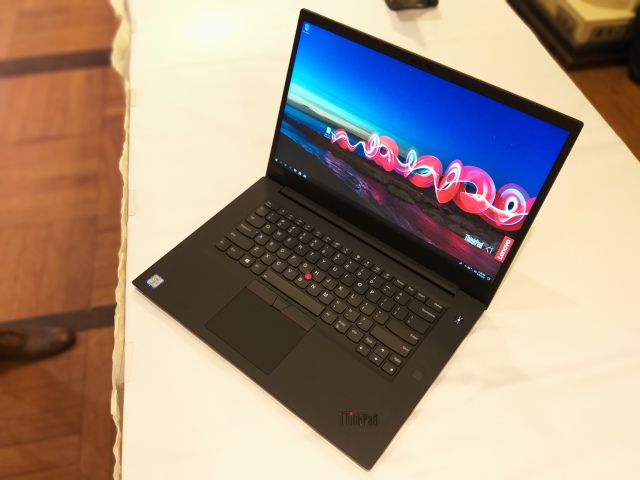 However, the X1 Extreme has a bigger footprint than previous X1 models we’re used to. This is due to the 15.6” screen that is available either as Full HD, or if your eyeballs can withstand it, 4K. At 400 nits on the 4K one, it’s also extremely bright. The non-touch model pulls the scales at 1.7 kg, which Lenovo notes is the lightest in this segment.

The ThinkPads are of course renowned for their keyboards, and this one is much the same. There’s no keypad but this does mean that key spacing is not an issue.

As always, the ever present little red touchpoint is featured. It’s a well known design element of the ThinkPad range, but recently there’s been calls that it is redundant. We can safely report that after hearing VP of Design, Brian Leonard speak, there’s no thought of discontinuing it soon. 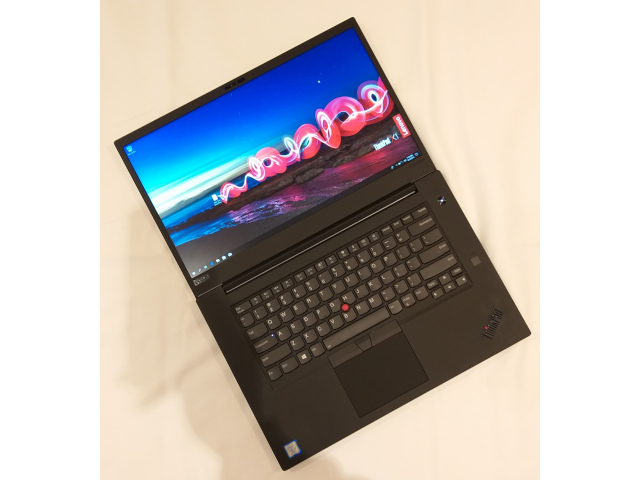 Ports on the side include 2x USB 3.1, 2x Thunderbolt 3, one SD card slot, and of course HDMI. Lenovo notes that the battery can last up to 13 hours, while it’s quick charge enabled. Available to power the X1 Extreme is an 8th gen Intel Core I7 with vPro, and you can, if you really want to, stick 64 GB of RAM in this puppy, or pop in two 1 TB SSDs in. That said, we’re quite certain that your bank balance would look a lot different afterwards.

Talking of which, at €1 699 (close to R29 000), the Lenovo ThinkPad X1 Extreme is not exactly in everyone’s price range. We’ll update you with availability in South Africa as soon as the information becomes available.

The solution to the healthcare sector: ideas of the future
Rockstar reveals L.A. Noire DLC details

Beoplay P2: Five things you need to know
Fitbit Versa
Industry Opinion: Why good governance is the first stop on the road to AI readin...
Introducing the 'robo-lawyer' into South African legal firms
FibreCo & Teraco say open access is critical for the success of ICT
Read