Apart from the GPU packing Lenovo ThinkPad X1 Extreme, and the dual-display Yoga Book C930, Lenovo had yet another notebook in tow at this year’s IFA exhibition, held in Berlin, Germany.

And indeed it was important one - the flagship Yoga notebook called the C930. For those who don’t know the Yoga setup, these notebooks are tiltable, with the screen folding in on itself. The big deal on the new C930 is that it contains a Dolby Atmos rotating sound bar in the hinge. Lenovo notes that the sound follows you around, meaning that it will face you no matter which Yoga setup you have the notebook in. 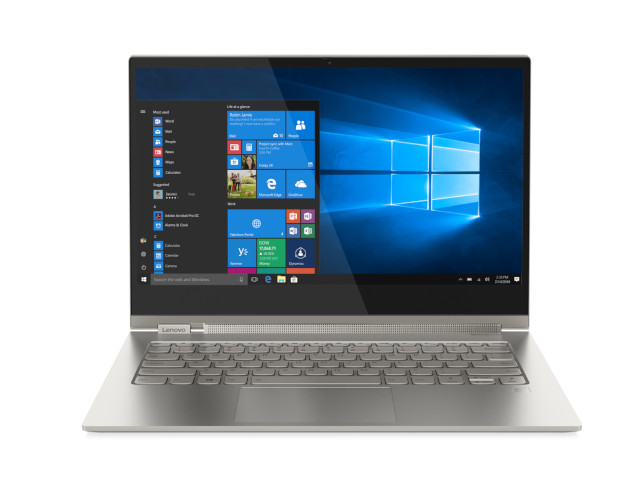 This aluminium 13.9” notebook, starts at 1.3 kg in weight, with it being 14.5 mm at its thinnest point. It certainly has a level of sleekness attached, with the soundbar adding quite an interesting design element.

As we’ve seen on other notebooks, the bezel around the edge of the screen is getting thinner, and although not the thinnest we’ve seen, the C930’s IPS touchscreen is worth a look at. It’s coming in at UHD (3840 x 2160, also available in Full HD) with Dolby Vision.

Rounding off what seems to be a sound-and-vision machine, is the far-range microphones which, according to Lenovo, can recognise voice commands to Cortana and Amazon’s Alexa up to four metres away.

Top notch innards are also what’s expected from a machine like this, and the C930 doesn’t disappoint, with up to 16 GB DDR4 RAM, 2 TB SSD and powered by an 8th gen Intel Core i7-8550U processor with Intel HD 620 graphics. This is of course the top of the range model, with different configurations available if you want to pay less. Battery life on this model stands at nine hours, with the Full HD screen version increasing it to 14.5 hours. One USB 3.1 port and two Thunderbolt 3 USB-C ports can be found on the side, with a fingerprint reader also included. Worth noting is that the C930 includes a digital pen that is housed in the chassis. 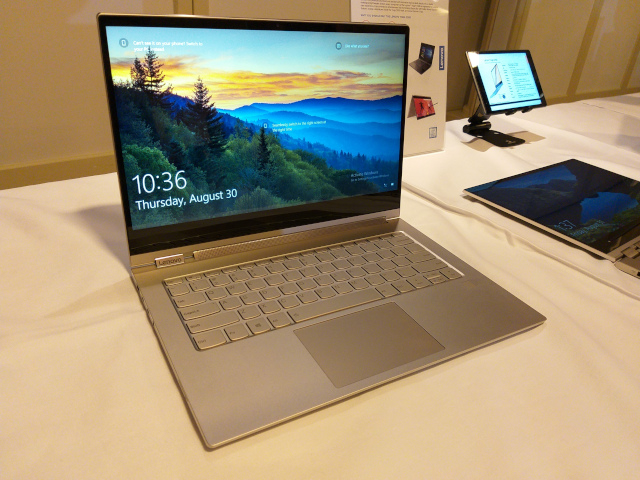 We were at the launch of Lenovo’s devices at IFA, and although there’s not much you can do with a machine at a launch, the Yoga C930 at least looks like a machine as comfortable in the office as at home. With the Dolby Atmos soundbar included, watching movies on the device will be treat, especially considering that so many other machines struggle with decent audio.

There is no word yet on local availability, but the Lenovo Yoga C930 is seeing a September release in Europe, coming in at €1 499 (close to R27k).