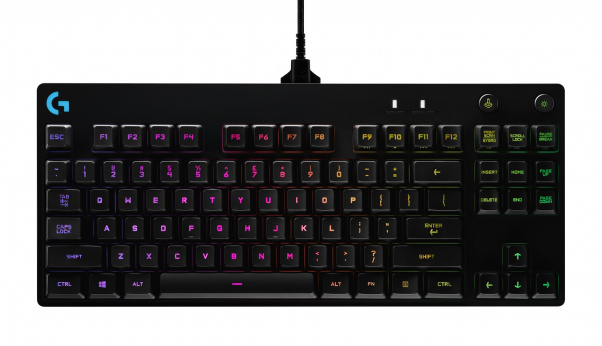 Also onboard is a detachable Micro-USB connector to ensure that the cable won’t break at the connection point when bouncing around in a bag and transported between events. As with most gaming keyboards, gamers can customise the backlighting. Logitech makes it possible to personalise each individual key light from more than 16.8 million colours, and save a lighting pattern to onboard memory so it’s available for use in competition.

How much you ask? Not cheap we say, with the Logitech G Pro Mechanical Gaming Keyboard set to retail for R3 499. While it launches at the end of March worldwide, there’s no official date yet for South Africa. TechSmart will keep you posted on the local launch, in the meantime, check out what went into the design of the G Pro keyboard in the video below.