Admittedly, we have been sitting on the fence regarding wearables, and although wearables were plentiful at Computex, most of what we saw didn’t do too much to change our minds or compel us to free up space on our wrists.

That is, until we stumbled upon the Martian Watches. These depart from the standard look and feel of wristbands and most other smart watches we have seen to date, and blend a classic watch face, with a small OLED display to deliver its smart features. First off, the watches we were shown look fantastic, like the kind of inconspicuous and smart timepieces you wouldn’t be surprised to see Q handing James Bond. 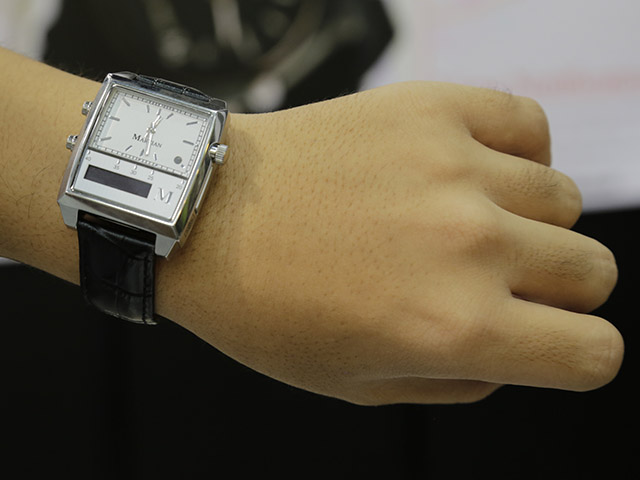 Close-up on the Martian Passport, which certainly looks smart and attractive

Beyond just looking good, the watch boasts a variety of clever features. As well as pairing with one’s phone and notifying users when there is an incoming call or message, the wearable also boasts voice and gesture control (an incoming call on one’s smartphone can be rejected with the shake of one’s wrist, for example). Additionally, and a handy feature (pun intended) that other jetlagged travellers could well appreciate, is that the Watch boasts something called Leash. Should you forget your paired device and walk away, the watch can effectively remind you by vibrating.

Additionally, one’s on-phone camera can be remotely controlled from the watch. Along with displaying a world clock and weather forecast (we have been amazed how essential both of these have become when travelling abroad of late), various apps, such as Facebook and Twitter, can also be set up to deliver notifications via the Martian watch. 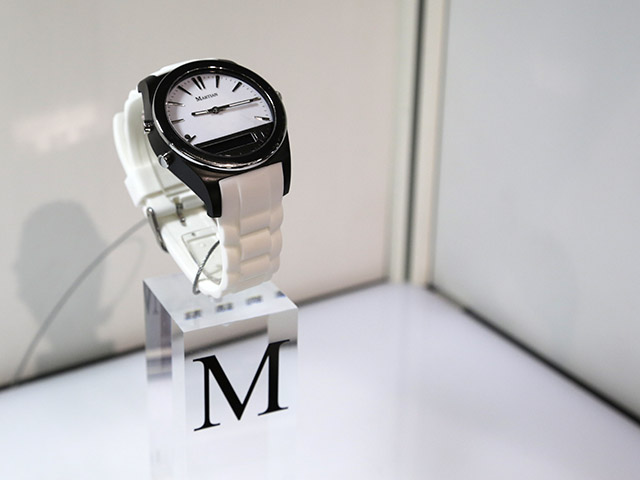 Same features, but different design - if Victory is more up your alley.

While the watch we went hands on with (last one, we promise) was called the Passport, there was also the Victory on display, offering the same features but a different design. Additionally, the company appears to be catering to a wide range of pricepoints. While the Passport and Victory will set you back $300 (R3 000), you could instead opt for the aluminium G2G, which costs $250 (R2 600) and is designed for a younger market. Finally, on the low end of the price spectrum is the Notifier, which will cost $129 (R1 380), but sans the voice control functionality.