Michael Fassbender been on a bit of a tear in recent years, starring in everything from Oscar-nominated films like Shame and 12 Years a Slave, to more pop culture driven films like X-Men: Days of Future Past and 300. 2016 is also gonna be a big year for the actor, as he not only plays Steve Jobs in a new biopic, but also fronts the game-to-movie crossover for Assassin's Creed. According to reports, filming for the movie is set to start next month, and now we get the first glimpse of the actor in his Assassin garb, courtesy of Yahoo. 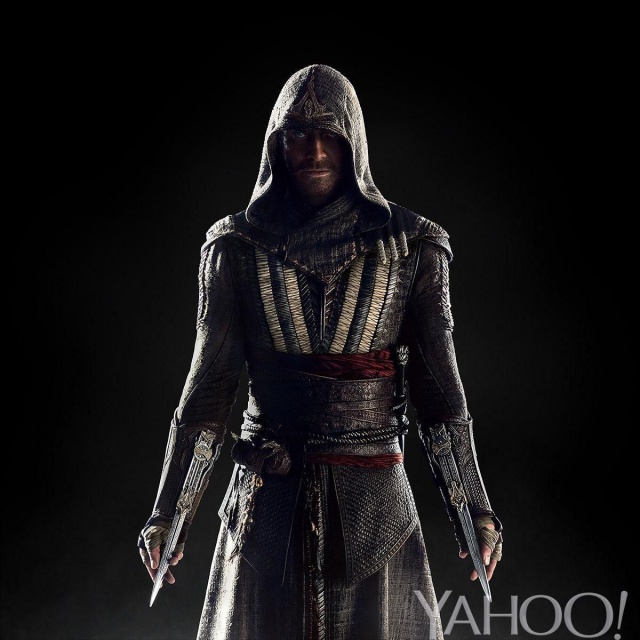 Yahoo has teased one single image of Fassbender shrouded by his hood, with his face just distinguishable. He also sports an outfit far darker than the one we're use to seeing in the games. It also incorporates less metal, instead featuring a leather detailed chest plate. Perhaps he hasn't earned an armour upgrade yet?

Most importantly though, we see Fassbender, presumably as game franchise's early protagonist Callum Lynch, donning the iconic twin blades, serving as both a nifty killing device and conversation starter.

While the film is only scheduled for December 2016, hopefully producers New Regency and 20th Century Fox give us a few more images to dissect in coming months.