Yesterday Microsoft held an Education-focused event that introduced a number tools for teachers and learners in primary and high school classrooms, as well as devices for those heading off to university. On the software side, Microsoft introduced Windows 10 S, a simplified version of its latest operating system designed to work with entry-level computers, notebooks and tablets.

As far as applications go, they'll need to be downloaded from the Windows Store, which means that devices sporting Windows 10 S will likely be released without the complete suite of Microsoft tools. The company did note that certain processor-intensive Windows 10 apps will have to be repackaged and placed on the Windows Store for Windows 10 S.

Along with its own version of apps, Windows 10 S will support a faster login process, with Microsoft estimating 15 seconds for their devices to boot up and reach the login screen. Added to that will be better battery life, but this will likely differ depending on the device. The new Surface Laptop for example, is listed at around 14.5 hours and HP ProBook x360 Education Edition at 11 hours. 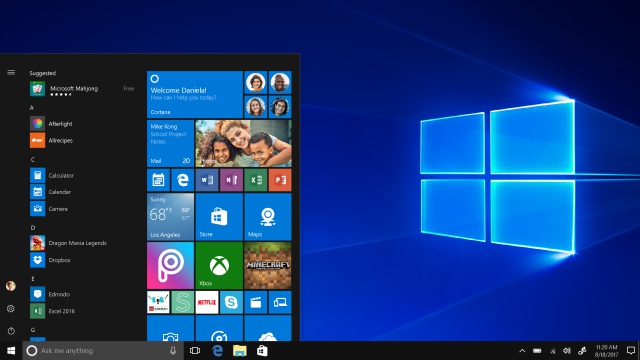 Speaking of the devices, Microsoft is aiming for OEMs to sell notebooks with Windows 10 S from $190 within the next three months in select regions, but local pricing and availability are unknown at this stage.