As the Dawn probe cruises into orbit around Ceres early this month, we stand amazed at the feats of another long-term space mission. Here’s what the hype is about.

The Dawn mission aims to study two intact remnants from our early solar system, Vesta and Ceres. These are two protoplanets drifting around the asteroid belt between Mars and Jupiter. Although both formed at about the same time, they are very different places. When Dawn left Vesta in 2012, it was clear that it is dry and rocky. Now it’s on to Ceres, which images have already shown to be icy and wet. Scientists hope that Dawn’s discoveries will help us understand how planets formed.

$446 million: Total estimated cost of the mission, about 21 Nkandlas.

94 months: Duration of the Dawn mission. 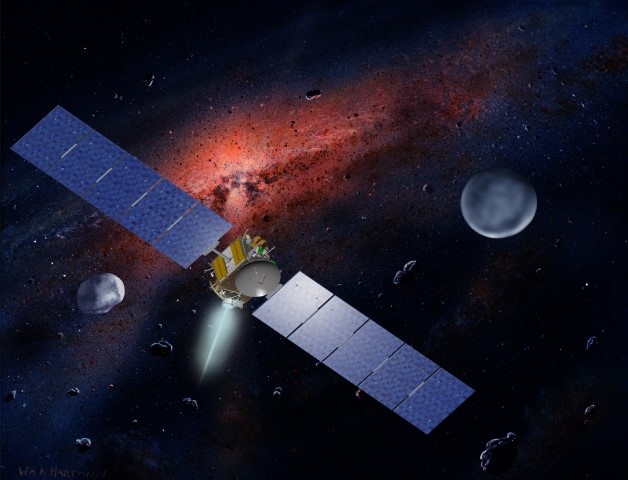 An illustration of the Dawn spacecraft. (GDK)

Ceres is a slightly flattened sphere, with a rocky core, a mantle of water ice and a dusty, clay-like surface. It makes up about a quarter of the mass of the asteroid belt, yet is the smallest of all the dwarf planets known. Already during its approach phase, Dawn has captured some intriguing images of Ceres. One in particular is a mysterious white spot, which astronomers hope they’ll get a better look at when Dawn goes into orbit.

1801: Ceres is discovered. It was initially thought to be a planet.

2006: Ceres is classified as a dwarf planet.

–38 °C: Maximum temperature at the surface of Ceres. That’s about 95 °C below the hottest surface temperature ever recorded on Earth.

9 hours, 4.5 minutes: The time it takes Ceres to make a full rotation on its own axis. You could drive from Joburg to Beaufort West in about the same time.

4.6 years: The time it takes Ceres to orbit around the sun 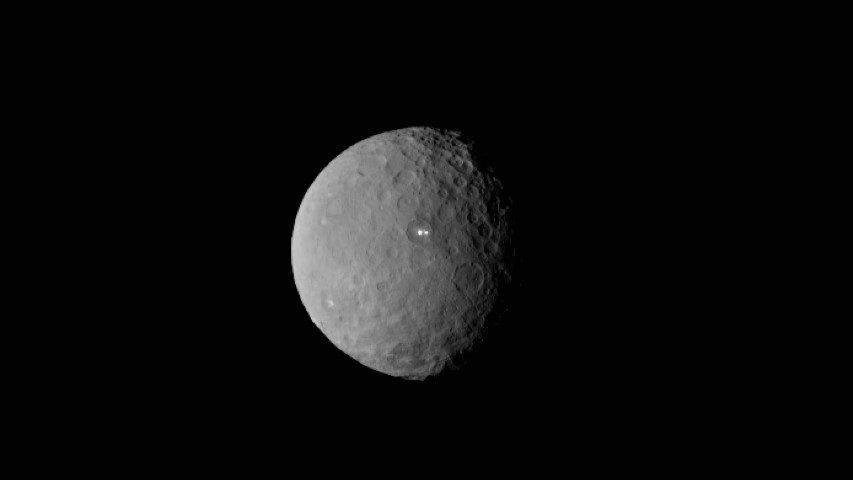 An image of Ceres taken by the Dawn spacecraft. Two mysterious lights can be seen in the centre. (NASA/JPL)

The Dawn spacecraft consists of a central body, which houses the engines, scientific instruments and telecoms systems, and two solar panel wings to capture enough energy to power everything on board. It also uses an innovative xenon ion propulsion system to provide the thrust needed to sustain such a long dual-destination mission. Although this system has been tested on Deep Space 1 for 678 days, Dawn will be using ion propulsion thrust for close to 2100 days during its mission.

5740: Number of photovoltaic cells in each of the solar arrays

3.25 mg: The amount of xenon used per second at maximum thrust

425 kg: The amount of xenon propellant carried at launch

4 days: The time it takes Dawn to accelerate to 96 km/h at full throttle

3: The number of scientific instrument systems on board, including a framing camera and two spectrometers

1.52 m: The diameter of the high-gain antenna on board. 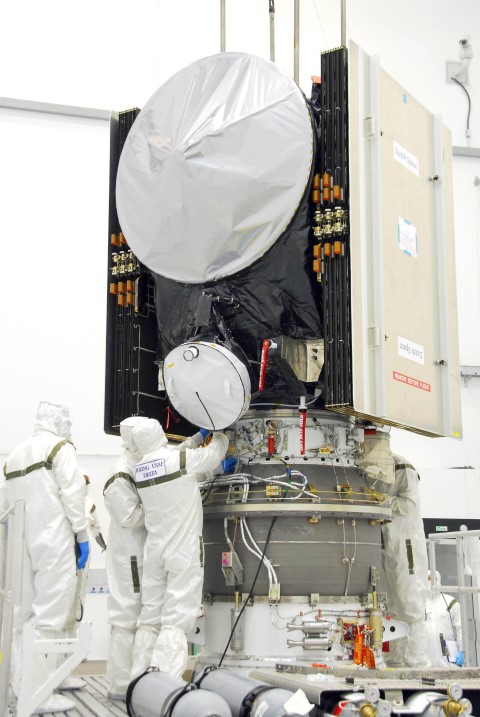 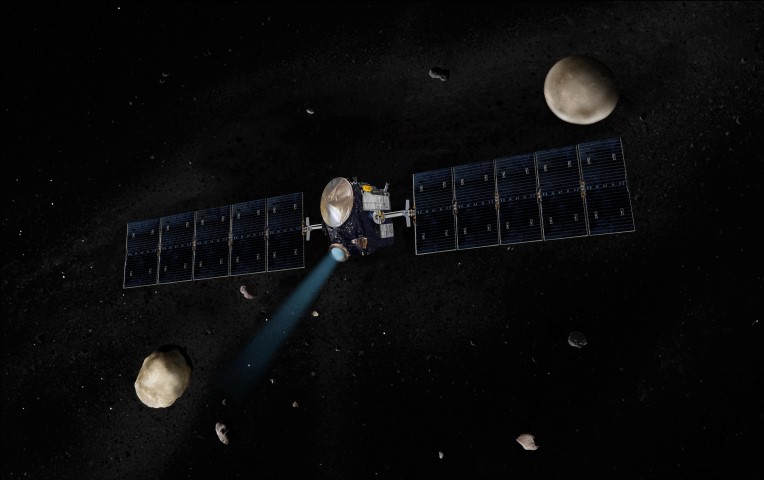 Another illustustration of the Dawn spacecraft, with Vesta and Ceres in the background. (NASA/JPL)

Down but not out, Jade Rabbit rover comes back to life
FFXIV coming in September
AG Mobile teams up with Cassper Nyovest for AG#Hashtag 4G phone
Street Fighter X Tekken