It has been a busy few weeks for Puma. After making its futuristic collaboration with BMW available to the public, the German apparel maker has been hard at work on the sport side, specifically with the upcoming football season in mind.

New to its football boot line-up is The PUMA evoSpeed SL-S II, the latest in evoSpeed SL family, focussing on speed and agility. 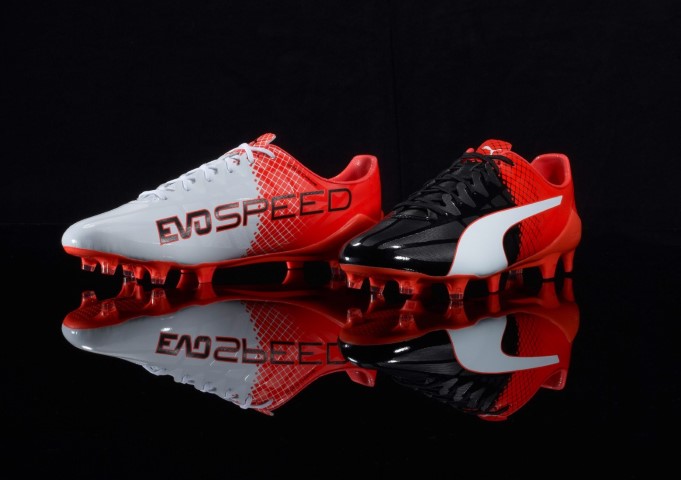 The boot features a Japanese microfibre upper material, while also including an updated laser-cut Speedframe structure, which Puma believes provides support during forward acceleration and quick turns. As with most boots these days, they are highly stylised, featuring a red, black and white design (far less shocking than Nike’s new Magista 2’s), set to be worn by Sergio Agüero, Antoine Griezmann and Marco Reus as soon as the new season starts. If you have R3 000 they can be yours, and are in store already.

Cesc Fàbregas, Marco Verratti and Santi Cazorla, on the other hand, are set to go for the new Puma evoTouch, a lightweight leather football boot with a slightly more traditional look to it. 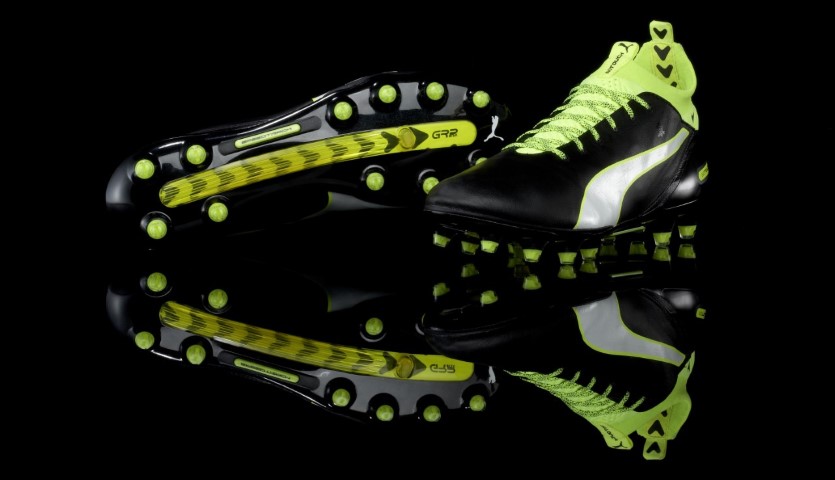 If you are familiar with the Puma line-up, you would have noticed that the evoTouch forms a new line-up in the football range, with the company believing it offers a “faster solution for players that are looking for a lightweight and innovative boot combined with the benefits of the classic leather material.”

Check out the strange, interactive video on the evoTOUCH boot below. It can be viewed on mobile with the built in accelerometer and on desktop with the mouse and WASD keys, or on Google Cardboard or VR headset if you have one handy.

An evoKnit knitted sock can be found inside for a snug fit, while an anti-slip GripTex arrows inside the sock lock down the foot, prevent slipping and ensure stability for the foot. Two models are available from 1 August: the PUMA evoTouch 1 FG at R3 000 and the Puma evoTouch Pro for R5 600.

Finally, fans of the evoPower range will see the 1.3 boot in new colour ways, with a prominent change to shocking orange, black and white. 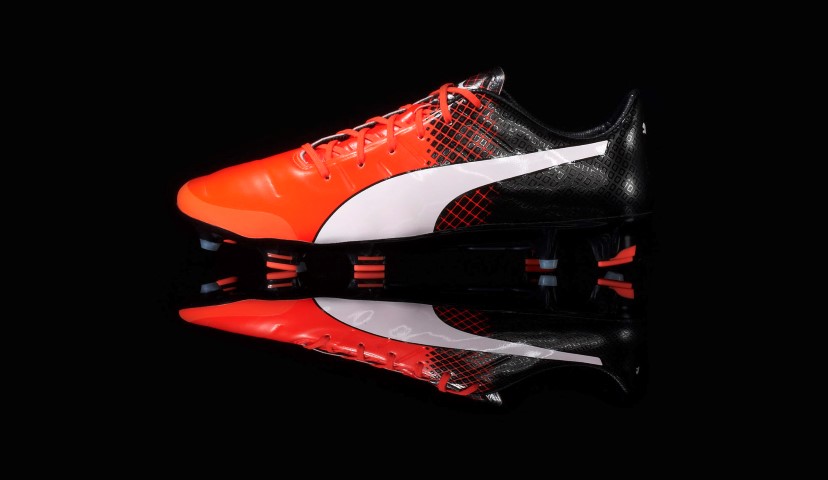 These will be the preferred weapon of choice for Oliver Giroud, Mario Balotelli and Yaya Touré. The 1.3’s are the third generation in the evoPower range, with Puma also touting more flexibility through the outsole, which leads to more kicking power as well as an improved configuration of bladed and conical studs.

Set to retail for R2 800, they should be in stores already, and are available to purchase, like the others, from Puma stores, The Cross Trainer and other selected retailers across South Africa.