Is it a Mother Box? Is it the Borg’s spacecraft? Nope, it's HP latest addition to the revamped Omen range of gaming devices. Named the Omen X Desktop, it's a gaming cube that HP says is capable of handling both 4K and VR content.

Furthermore, the cube's design is not simply there to spark conversation, but has utility as it separates components into different compartments to assist in cooling. Furthermore, it has the advantage of making hard drives and similar parts of the X Desktop both easy to access and swop out, according to HP 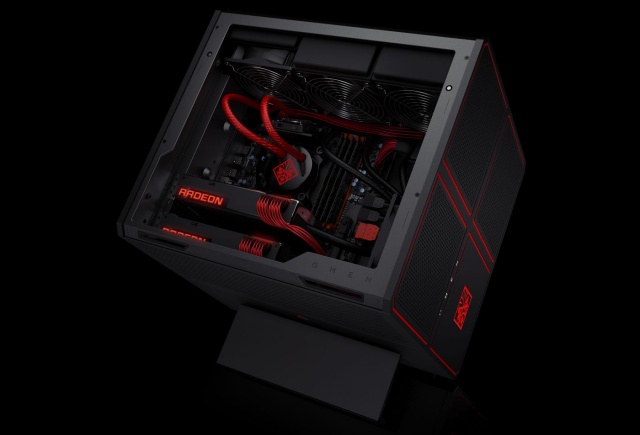 As we delve deeper into this gaming rig, it features an Intel Core i7 Skylake at its heart for the base model. Added to that is 8 GB of RAM, along with a 2 TB hard drive and a 256 GB SSD. On the graphics side, a Radeon RX 480 GPU is handling the hard work, with 4 GB of its own RAM to call upon. There are also a swathe of USB ports, totalling ten in all, with a eight being USB 3.0 and two USB Type-C.

For customisability, The Verge notes that the X Desktop's native GPUs can be substituted for as high as a dual Nvidia GeForce GTX 1080 or dual AMD Radeon R9 Fury X graphics cards. On top of this, those PC gamers wanting to build their rig from the ground up will be able to purchase the X Desktop's chassis for roughly $600 in the States. If however, the base model is a solid sounding starting point, it will cost an estimated $1 800 when it goes on sale tomorrow.

For now, the Omen X Desktop remains limited to release in the States, but hopefully HP brings it to SA in the not too distant future.