Patent filings should always be taken with a pinch of salt as they don't necessarily lead to anything concrete being created. That said, this latest one from Nintendo, discovered by Gamespot, showcases a very intriguing controller design.

The patent describes a game controller where the "elliptical front facing panel is itself a touchscreen." Added to this are two holes for the analogue sticks and the use of Nintendo's own glasses free 3D technology used in the 3DS handheld console. Along with the analogue sticks, are trigger buttons, with the LCD or OLED screen potentially covering the entire top portion of the controller. 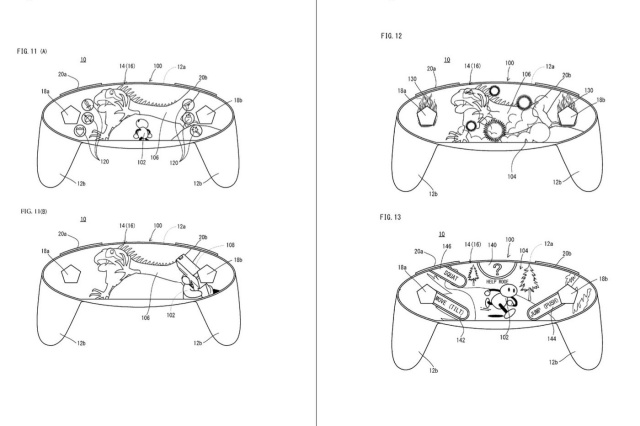 While this could indeed be a future project some way off from reaching completion, The Verge theorises that it could in fact be a controller for the rumoured NX console that Nintendo has reportedly been working on for some time now. Also fueling these rumours is The Wall Street Journal, which reported that the NX console would use a console and independent mobile device interface. It wouldn't be the first time that Nintendo played around with such a concept, as the Wii U's Gamepad functioned in a very similar way.

While this is all conjecture at the moment, 2016 needs to be a big one for Nintendo, as they are beginning to lag far behind the next-gen competition of the PS4 and Xbox One.