HTC stretches the One’s display to the max

HTC lifted the lid on its One max phablet, which supersizes the 4.7" full HD touchscreen of the One to 5.9" (1080p). Powering the Android 4.3 Jelly Bean-running device is a quad-core 1.7 GHz Qualcomm Snapdragon 600, with this CPU being backed up by 2 GB of RAM. Also onboard is LTE connectivity, NFC, Bluetooth 4.0, Wi-Fi 802.11ac, HTC’s BoomSound stereo front facing speakers, a 3300 mAh battery, and a fingerprint scanner on the back. The latter is used to lock and unlock the smartphone, as well as quick-launching selected applications. This is done by pre-assigning individual fingerprints to particular apps. Unfortunately, HTC is not bringing the One max to South Africa.

Microsoft is adopting the prevailing smartphone mantra of bigger is better, courtesy of its third software update for Windows Phone 8 entitled GDR3 (general distribution release 3). The biggest display currently found on a Windows Phone is the 4.7" touchscreen of the Lumia 625, but GDR3 supports display sizes of up to 6" and resolutions of 1920 x 1080. Additionally, Windows Phone devices can employ quad-core processing power. Beyond added hardware support, GDR3 also brings a myriad of software enhancements such as the ability to close individual apps on the multitasking screen. 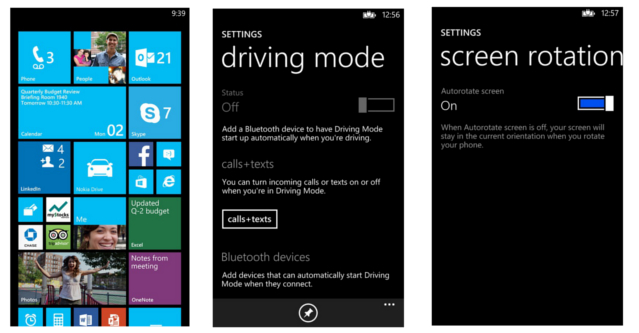 BlackBerry: You can count on us

BlackBerry recently acknowledged the challenging times it finds itself in within an open letter to its customers, partners and fans. According to the letter, the company is “making the difficult changes necessary to strengthen BlackBerry.” What is not so reassuring is a lack of strategy via which BlackBerry will be getting BlackBerry 10 device in the hands of more users. Although the company is currently considering a $4.7 billion buyout offer from a consortium led by Fairfax Financial Holdings, it is also looking at other offers. Read the full letter by going to bit.ly/BBhere2stay.

Apple has finally confirmed that the games section of the App Store is now officially available in South Africa. This means that users no longer need to create a fake UK or US account in order to gain access to this section of the App Store. There is a wide range of popular games available ranging from free ones like FIFA 14, Plants vs Zombies 2 and Asphalt 8: Airborne through to paid ones such as Infinity Blade 3, Modern Combat 4 and N.O.V.A. 3.