One of the last devices to be unveiled at last night's MadeByGoogle event, but no less impressive, was the Google Pixel Buds. They are Google's new wireless earphone offerings, but boast smart functionality as well. The Buds are currently on a waitlist, with a $159 price tag slapped on, but it may be worth the wait.

What we're most intrigued by is the Google Translate ability of these earphones, with 40 different languages on offer. They can both receive and send out information spoken by or to the wearer in the desired language. Google Assistant is also in the mix, with touch controls for asking questions, which is quite similar to Sony's Xperia Ear device. 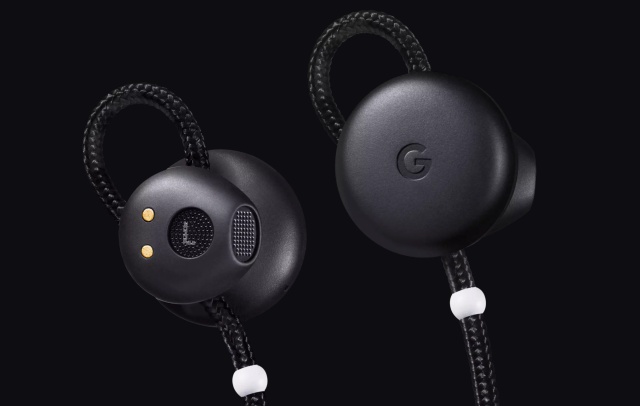 They come with a carrying case that doubles as a charger, delivering up to five hours of playback from a single charge, with Google also noting that the case can yield multiple charges for the Buds. Furthermore, the Pixel Buds are compatible with Android (5.0 and higher) and iOS (10.0 or better) devices.

Off all the products from last night's event, this one stood out the most for us, not only for its smart functionality, but also because they may be more attainable than the Pixel 2 or Pixelbook.