Next year is shaping up to be a big one for Google's Project Loon. The initiative aims to deliver broadband coverage to areas across the globe where it is in short supply, or simply not available at all, with the help of giant balloons that can reach the upper stratosphere. The company has detailed its plans for the next 12 months, with the BBC reporting that an estimated 300-plus balloons are heading up over the coming year.

Project Loon's vice president, Mike Cassidy, stated that next year they want to create a "continuous string around the world." This string of balloons is aimed at providing consistent coverage to specific areas, with the company attempting to launch multiple strings to provide coverage across the southern hemisphere. 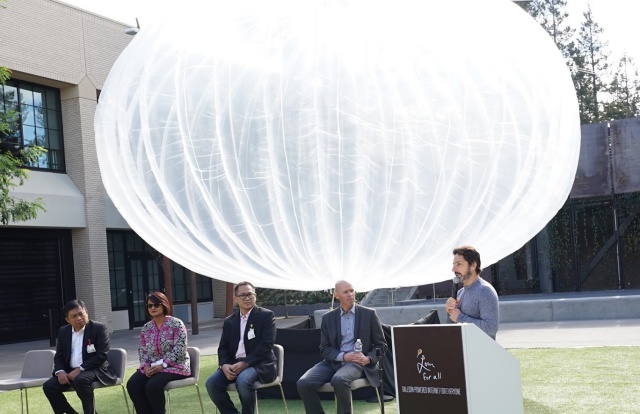 An undoubtedly ambitious project, it will also depend on whether or not partnerships with telecoms service providers can be hashed out. More recently, Project Loon was able to bring three Indonesian service providers onboard - Indosat, Telkomsel and XL Axiata. According to Engadget, this can enable Project Loon to bounce signals from one balloon to another, and provide coverage in even some of the more remote Indonesian islands.

While the impact this initiative will have in Africa is unknown, the new balloons developed by Project Loon are said to deliver up to 10 Mbps speed (close to 4G) and take no less than 15 minutes to assemble and deploy, which is a significant decrease in the two to three hours from the first models back in 2013.