Puma and BMW collaborate on next gen sneaker

Fans of both BMW and Puma, prepare to go mental. The footwear company’s latest addition to its Disc franchise is a shiny, futuristic collaboration called the BMW X-Cat Disc.

Inspired by the German car manufacturer’s 2008 Gina concept car, which had a strange fabric-like skin wrapped around its chassis, BMW’s Designworks recently teamed up with Puma to create the X-Cat Disc. The sneakers similarly feature one seamless piece of metallic fabric that wraps each shoe, with no laces thanks to Puma’s Disk technology tightening the shoe with a twist of the dial. 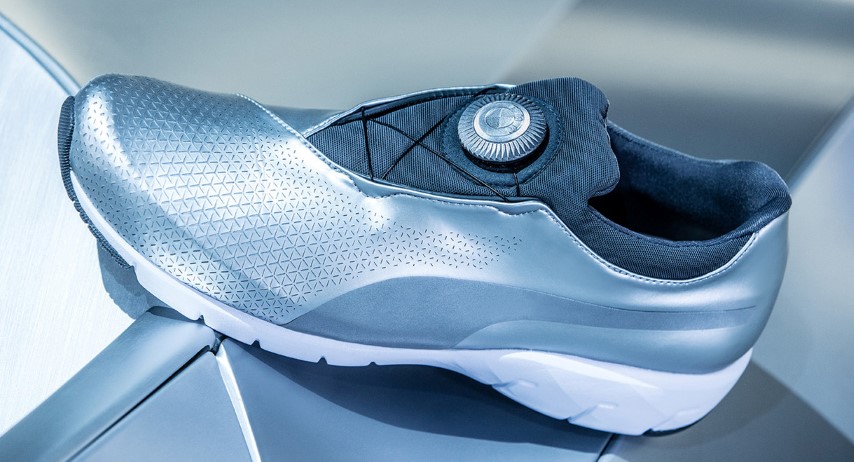 Look closely and you’ll see Puma’s formstrip running on the outer in a reflective print, while BMW’s logo features on the Disc.

While the shoes are perhaps not up everyone’s alley, it certainly draws attention and should be a comfortable wear. Unlike the BMW Gina, Puma’s latest actually made it to the showroom floor, with the BMW X-Cat Disc available from today (1 July) at The Cross Trainer stores and selected retailers for R2 700.

Have a look at Puma’s shoes in action in the video below, or have a gander at the strangeness that is BMW’s Gina concept after that.