It seems to be a bumper week for 5G related news, and one of the companies leading the charge on that front is Qualcomm. The mobile tech manufacturer, which provides chipsets and other elements for many of the world's smartphones, have announced a successful test of a 5G connection within a mobile device.

The test was carried out with Qualcomm's X50 5G modem, which was revealed a bit earlier in the year. The company conducted the test on the 28 GHz millimeter wave frequency, also noting that it reached Gigabit levels of speed. When 5G network deployment is more abundant and stable, Qualcomm says the X50 modem will achieve up to 5 Gbps speeds. 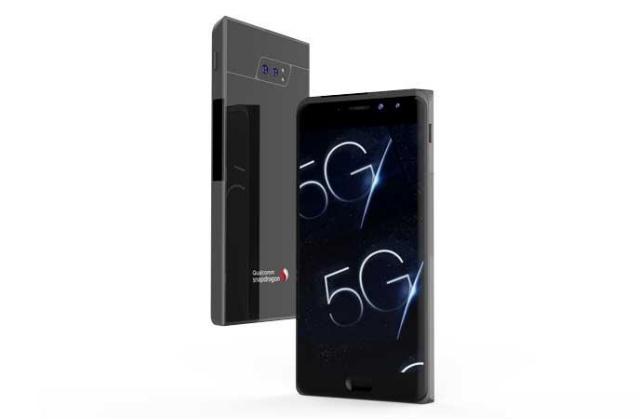 Along with the announcement of the successful test, Qualcomm also released a render for the reference design device it will be testing its 5G mobile modems on. The phone has an edge-to-edge display up front, which many flagship devices introduced this year, and is roughly 9 mm thick.

Qualcomm has outlined an early 2019 timeline for the first commercially available 5G-capable phones to hit the market, so the race is on for manufacturers to be the first to do so.