Qualcomm may be better known for the CPUs it makes to power some of the world's top smartphones, but their technology also takes care of the charging too. Their latest offering, Quick Charge 4+ (QC4+), was recently released, and boasts several improvements over its predecessor.

To that end, it promises even more rapid charging, up 15% compared to Quick Charge 4, as well as being 30% more efficient, although the details of its efficacy are not fully known. Added to this is the ability to stay 3 degrees cooler than its forebear while charging, with an extra layer of protection added to keep the device and USB Type-C connector safe. 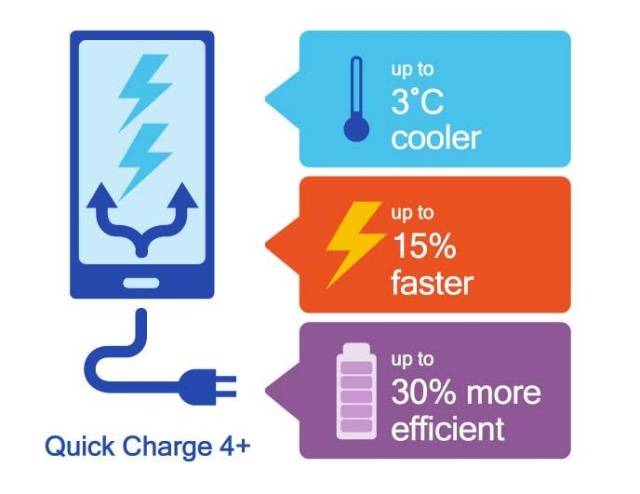 As fas as when you'll be seeing Quick Charge 4+, Chinese company ZTE is already set to feature the technology in its Nubia Z17 smartphone. Regarding more devices, we might only see those debuting at IFA 2017 in September or thereafter, tout QC4+, such as the LG V30 or Huawei Mate 10.