Retrospective: The Walking Dead back with a bite

If you count yourself amongst the legion of fans that The Walking Dead has attracted, then no doubt you already know that the series has made its long awaited return for its mid-season 5 premiere. Be warned though; much like the world in which Rick and co live, this article is not safe for those who have yet to see episode 9, What’s Happened and what’s going on, and is populated by a couple of potential spoilers. If you have yet to catch up with the gang, then you should really leave now.

If you have already seen it, then consider this review the equivalent of a walker with arms and jaw removed, so feel safe to stick around for a bit.

Still here? Good. Suffice to say, The Walking Dead came back with a bang and bite. The series has never been known to pull punches, as the world in which the survivors inhabit is often unrelentingly grim and tragic (and in that respect, reminiscent in some ways of the Dark Souls gaming franchise). Anyone can and probably will die at a moment’s notice, as evidenced by the fact of Bob and then Beth’s sudden and shocking demise before the season broke.

While episode 9 found the group clearly trying to, well, regroup, and come to terms with their losses, it quickly became clear that more heartache was around the corner. However, rather than focusing on Maggie, instead it pivoted to Tyreese (Chad L Coleman, The Wire), a neat way of keeping viewers off balance.

First though, it was Noah’s turn for some heartache, as the group reached Virginia and he had to deal with the fact that his walled-in community, Shirewilt, had been overrun. However, the crux of the episode came from Tyreese’s decision to enter Noah’s house ahead of him. 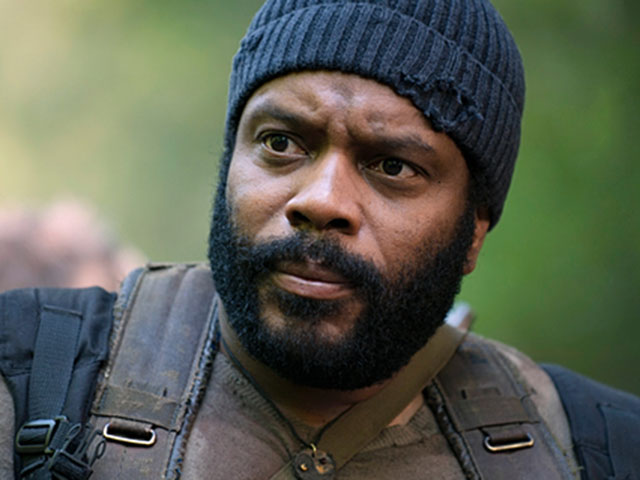 This seemed to bring Tyreese’s inner conflict between his need, and sometimes desire to kill, with his urge to hold onto his humanity and compassion. Although Noah’s mother was clearly gone, this decision took a fatal turn when he was suddenly bitten on the arm by one of Noah’s zombie twin brothers who was subsequently killed by having a toy airplane rammed through his skull. This begs the burning question: do walker’s skulls become paper mâché rather than bone after they have turned?

On a more serious note, it also reminded that danger can be just as quick and sudden as heartache in The Walking Dead’s world, and that none have the luxury of letting their guard down.

It is what happened after though that really made the episode stand out as a masterful mix of sadness and tragic beauty, as Tyreese was both taunted by the Governor (ever the bastard) and consoled by the girls, Lizzie and Mika, Beth and Bob as he hovered at death’s door.

What was really interesting too though is how Michonne of all people represented the hope that the group still clings to, pointing out that Washington would still be the most logical place for a cure to be developed (Eugene’s lie about it notwithstanding). Then it was she that gave Tyreese’s arm the Hershel treatment in an attempt to save his life; a possibility that the show teased for a while with a frantic car-ride before there was no more need to hurry.

Now that Tyreese, who has served well as the group’s moral centre, has gone, it would be a real change to see Michonne step into that role, particularly as when we first met her, she was as hard and as cold as the steel blade she favours. 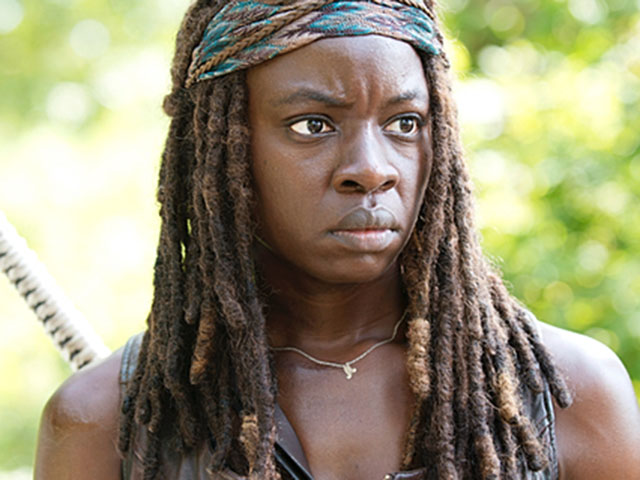 Suffice to say, the continuation of the season got off to a cracking start. Showing a character’s death from his perspective and lingering on their point of view lent this episode poignancy along with some sadness. Yes, it was a shocking episode in certain respects, and a sobering reminder of the world with which the survivors have to contend. It was also a masterful piece of storytelling though; in fact perhaps one of the most affecting to date.

As for what is next, head to the trailer below for a glimpse of episode 10.