With arguably one of the bigger game releases of the year a mere day away, Rockstar Games has announced not one but two new apps.

The iFruit app is essentially two parts in one. The Los Santos Customs portion enables you to firstly customise your vehicle to your heart’s content, choosing from different paint jobs, window tints, smoke colors, wheels, hoods and spoilers. The app also allows you to upgrade your engine, brakes, exhaust, suspension, and accessorise with new lights, horns, tires and body armor; and then place your order from your mobile device, to find it waiting for you in the garage the next time you play the game on the consoles.

The second part of iFruit, Chop the Dog, entails taking care of Franklin’s virtual Rottweiler companion; with the care and attention Chop receives in the app reflecting in GTA V’s world as well. 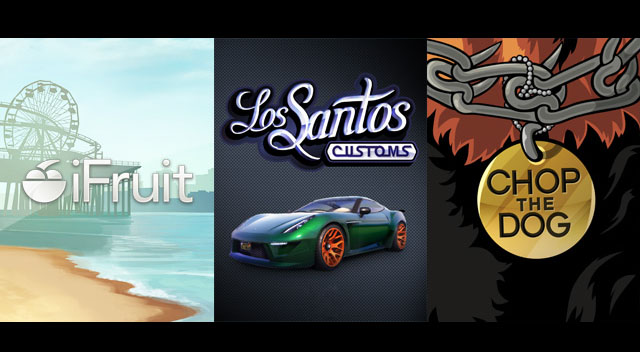 The second app is the game’s manual, although after downloading it, you may need to pinch yourself and remind that this isn’t an extensive tourist guide for an actual, physical place. Along with a guide to the game’s controls, the 100 page manual comes replete with interactive game map, enabling players to tour the activities and shops in the game while they are lying in bed or catching the train.

The good news is you won’t have to rob a bank or steal a car to afford it – both apps are free. The bad news, and no doubt worthy of some colourful expletives for those who are on any other than Apple’s platform, is that the app is only iOS compatible for now. Apparently though, Android, PS Vita and Windows Phone versions are in the works for release in due course.