In another case of technology enabling and dovetailing with travel, low cost airline Safair revealed its plans, which should make more than a few travellers smile. It further explained the role technology is playing in its bid to make domestic flights far more affordable and accessible, explaining how its low cost carrier, FlySafair, can offer flights to George and Cape Town at between R399 and R499 respectively.

To start with, few may be aware that the company has a significant legacy, and is in fact approaching its 50th anniversary. While the majority of its operations have been offering specialised aviation services – it has been responsible for transporting fuel trucks and even helicopters to the Antarctic, as well as rhinos – it has also leased its aircraft to the likes of KLM and Comair which rebranded their aircraft. 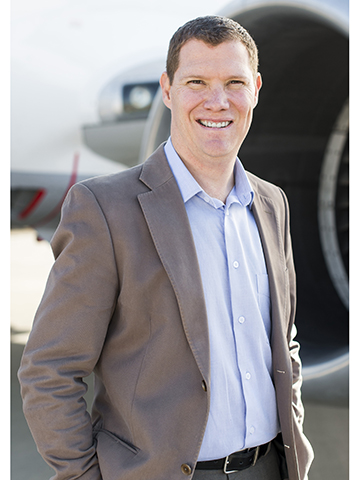 Elmar Conradie, the CEO of Safair

I believe I can fly

Last year October, however, it launched its low cost/affordable airline business. Elmar Conradie, the newly appointed chief executive officer for Safair, explained that its aim was to provide affordable, easy, on time travel experiences; and on routes that it was operating, noted that the airline industry saw a 39% decrease in airfares as FlySafair’s offerings stirred up the competition.

He stressed that, while the Johannesburg to Cape Town route had sold 150 000 tickets since launch at R499, this was not just a launch special but rather that the company was aiming to keep these kinds of affordable fares on a sustainable basis. How then, can it possibly do that, became the next question. If you are an average suspicious traveller, you might think something is wrong with such a low fare, where other airline’s charge in the thousands. This is not necessarily so.

Conradie explained that Safair’s approach is to be brutal with costs and drive up efficiencies so that the cost per seat to the airline is as low as possible. This enables it to offer the lowest price possible.

Playing a part in this is its plans to replace its seats with new, lighter ones that have fewer moving parts and thus require less maintenance. These don’t recline, although Kirby Gordon, the vice president of marketing, pointed out that on short flights this doesn’t matter much. “We find instead that passengers want easy, affordable and reliable travel that is consistently on time,” he elaborated.

Another significant part of how FlySafair envisions making affordable flight sustainable is in its turnaround time – 25 minutes from the time an aircraft arrives on the runway till the time it takes off – which means that the airline can offer more flights during a day to maximise its profitability.  Additionally, by cutting down on unessential items that weigh the plane down, such as its ovens, this also enabled it to reduce the weight and thus the fuel costs.

However, Gordon noted that in order to keep fares low on a sustainable basis, the airline either needed to add more seats or invest in next generation aircraft with lower operating costs. 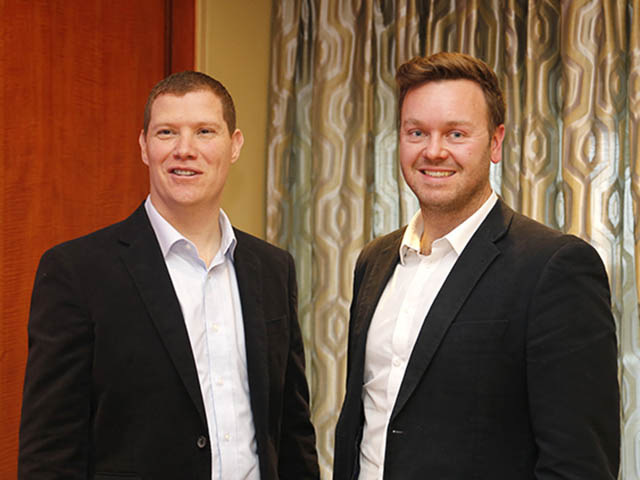 Elmar Conradie, the CEO of Safair, and Kirby Gordon, the vice president of marketing.

That was the segue for its next announcement – that not only was it adding three of the new Boeing 737-800’s to its fleet in the months ahead, but it was also expanding its routes, so that it would effectively be able to offer travel to and between Johannesburg, Cape Town, Port Elizabeth, East London, Durban, and George. “Basically, this means we can connect the whole country,” he enthused.

The 800 models are very similar to the 400s, but have a slightly longer fuselage and capacity for about 21 more passengers. “Upgrading to 737-800s is the next step in the evolution of a low-cost carrier. Our growth has prompted us to take this step much earlier so that we can continue to offer a competitive route network and schedule, and achieve a lower cost per seat,” Conradie explained.

What didn’t come as a surprise is the extent to which technology is a high priority for the company. This is understandable, since the majority of its bookings come through its website, which has been a strong focus. Next on the agenda is a mobile dedicated site. While many airlines have their own dedicated app, Conradie noted he doesn’t believe users want to download an app merely to book in, and that any app they do create would likely sport more than the standard features.

As for social media, Gordon confessed that the company had underestimated its role when they started. “We soon realised that Facebook and Twitter, along with the call centre, all form part of our customer service channel,” he added. He stressed that firmly on the radar are big data and analytics, and using these to better understand their customers.

In essence, it was all good news from the company, as any fears about lower fares portending lacklustre service vanished.

“With increased competition we are seeing the emergence of a better and more affordable product which is a huge win for the consumer. As an airline, we need to be at the top of our game, ensuring that costs are controlled, operations are flawless, passengers are happy and that there’s enough meaningful innovation in the pipeline to give us an edge tomorrow,” concluded Conradie.