With the foundation of Samsung Forum 2017, held in Cape Town, and the company’s focus for the year ahead, laid out in part 1, the attention then turned to products.

Admittedly, not everything that Samsung will be bringing to market this year was showcased, with new smartphones and tablets being absent from the lineup, presumably to rather find their way to Mobile World Congress. Instead, the attention was on a selection of TVs and appliances. However, we weren’t disappointed, as the innovation on display was all too apparent.

The first  example of this was a couple of top mounted freezer (TMF) refrigerator fridges (RT7000 and RT6000) which actually made us seriously consider saving our pennies. The fridges use separate airflows to enable users to separate out, and we presume, better organise their food, and keep their different kinds of food fresher for longer.

Furthermore, the company explained that by separating cooling and freezing, the Samsung RT7000 maintains an optimum humidity level of approximately 70% in the fridge compartment. This, the company asserts, extends the life of fruit and vegetables regardless where in the fridge these are stored. Power saving is also a large component here, with the fridges leveraging smart power technology for 42% power saving and offering Power Freeze and Power Cool modes to make ice and chilled drinks faster than before.

That though was not the main feature that really made us sit up and take notice. Rather, that honour went to the fridge section being able to convert themselves to a freezer on the fly. More particularly, Samsung explained that independent cooling system integrated into the appliances allow users to turn their freezer into a fridge or turn off the fridge compartment completely, such as when leaving home for an extended period.

Additionally, it looks like a good deal of thought has been put into make the fridges’ features easily accessible, with a variety of modes, such as Freezer-Fridge, Energy Saving, Vacation, Fridge Max and Mini mode options, intended to make managing the appliance idiot-proof. The RT6000K is set to retail for R13 000 while the bigger RT7000K will claim R16 000 from your wallet. 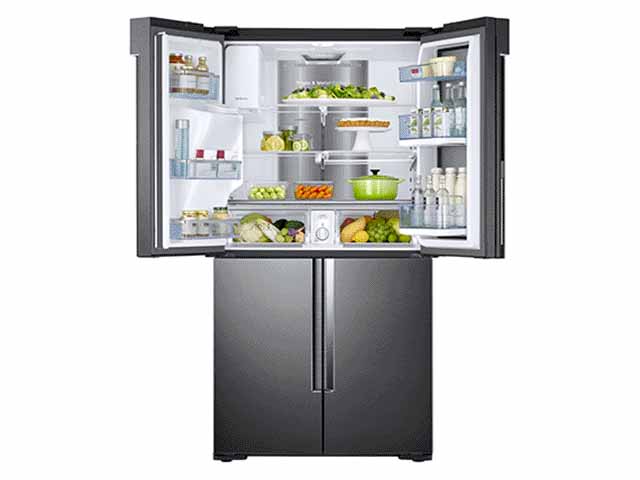 Heat relief without the wind

Staying with the theme of keeping cool, another normally ordinary product that impressed, was Samsung’s Wind-Free Air Conditioner. Samsung’s timing could not have been better to showcase this one, particularly as the mercury challenged the thirty degree celsius mark.

Samsung explained that its new AR9500M air conditioner boasts its Samsung’s exclusive Wind-Free Cooling technology integrated into its design, and this is intended to foster a cooler indoor climate and optimal energy efficiency, without having to experience uncomfortable direct airflow.

“The appliance eliminates the usual discomfort associated with air-conditioners, that of having cold wind blowing directly out of the machine,” enthused Michael McKechnie, director: digital appliances at Samsung South Africa. This is achieved by gently dispersing cold air through 21 000 micro air holes, which mitigates against the too familiar ‘blasting’ effect of conventional aircoolers. 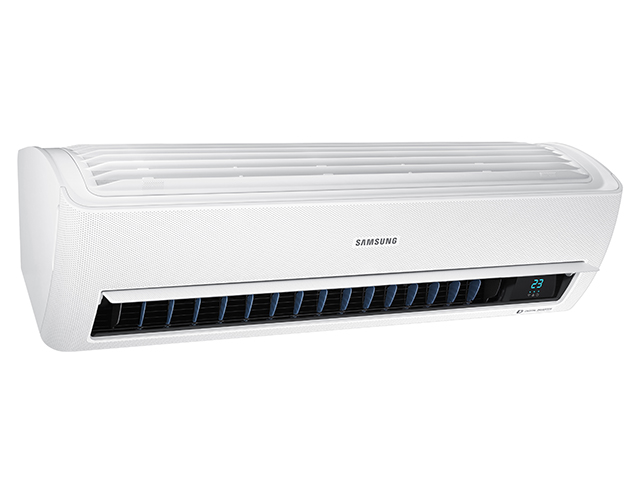 Moreover, the AR9500 employs a two-step cooling system, in which temperatures are initially lowered rapidly in ‘Fast Cooling Mode’, before the system automatically switches to ‘Wind-Free Cooling Mode’, which creates ‘still air’ once the desired temperature is reached. The company asserted that this approach can also reduce energy consumption by up to 72%.

In a nod to the smart world in which we live, the air-conditioner is also Wi-Fi-enabled, meaning that it can be controlled from anywhere through Samsung’s Smart Home app, using a Samsung mobile device. Users can remotely regulate temperature, adjust settings, receive real time updates about performance and daily energy usage, as well as troubleshoot solutions when a repair is necessary.

Unfortunately pricing on the AR9500 has not yet been released, with it only expected to debut in the second quarter of the year. Nonetheless, we did manage to try it first hand in a specially partitioned booth, and it worked just as promised, with the immediate environment becoming noticeably cooler, no gusts of air smashing into our face, accompanied by a soothing quietness.

Air conditioners and fridges weren’t the only things on the menu, Samsung still had a device that would likely change the way people looked at doing their washing, and the star of the show, a magnificent new entry in its Quantum Dot TV range, in the next article to come.