If you have had enough of the dire Coronavirus news, the dire economic situation and oh yes, the dire reports about the state of democracy globally, then here is a good news story that may lift your spirits and reassure that there are some terrific things happening in the world as well.

A case in point is the news that Samsung South Africa and the University of the Western Cape (UWC) are on a mission to "empower youth to overcome the obstacles to their dreams."

According to Samsung, Sibisiso Labi’s story is an example of how organisations can make a difference: Labi, now 20-years-old, was among the thousands of child-headed households in South Africa. But the determined boy from the Cape Flats refused to be a statistic. At the age of 18, he found a job as a picker at a supermarket distribution centre. A year later he resigned to pursue his dream of becoming a web developer.

Today, the 20-year-old’s dream is materialising. He is one of 40 students receiving web and mobile software development training at a new Future-Innovation Lab which focuses on building digital innovation skills for unemployed youth in South Africa.

In essence, the Future-Innovation Lab aims to provide an opportunity to deserving previously disadvantaged youth (between the ages of 18-35, to gain skills in software development and digital social innovation. 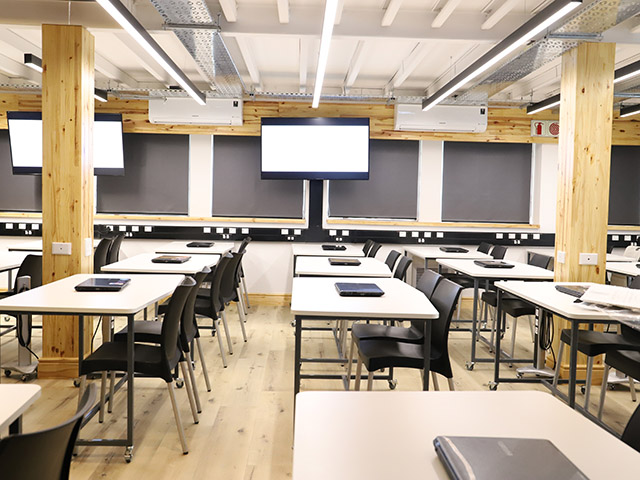 The announcement follows on from two recent developments. In May 2019, Samsung South Africa unveiled its R280 million Equity Equivalent Investment Programme (EEIP). Samsung’s EEIP projects, many of which have a focus on education such as the Samsung Engineering Academy and Bursary programmes are focussed on preparing youth to place their future in their own hands.

“We believe our EEIP strategy will help alleviate the many challenges faced by the country’s youth. This exciting stage of the rollout through the R&D Academy affirms our commitment to growing South Africa through education, and we have dedicated the necessary resources and time to create possibilities, which were once merely a dream,” said Hlubi Shivanda, Director: Business Innovation Group and Corporate Affairs at Samsung South Africa.

The second development came from its aptly named Empowering Tomorrow event late last year. There the company announced that it would be doubling its bursary contribution to R14 million to several universities

The latest push to better the lives of the youth comes from the six-month Future-Innovation Lab programme. This ecncompasses the promulgation of software development skills and portfolios that can open doors to employment or further training; the development of transferable skills and experience in digital social innovation and the fostering of pathways into industry networks.

In addition to the six-month development experience, Samsung and UWC partnered with the Microsoft AppFactory to deliver an advanced nine-month software development programme to address the gap of high-demand software skills. The target group for this programme is more experienced software developers who lack practical or work experience. The programme aims to facilitate hands-on, real-world experience through creativity and fun in a learning and working environment.

To see Sibisiso’s story, hit the video below.