Two new Galaxy A series phones were not the only thing that Samsung debuted this week. The company also showed the latest addition to the Note series, the Galaxy Note 10 Lite.

Admittedly, the Note 10 Plus, which we called the best Note, and perhaps the best smartphone Samsung has made to date in our review, should be a hard act to follow. However, with the Lite, the company has addressed the one drawback of that stellar device that may have left it out of reach for some – the price.

Samsung explained that the Galaxy Note Lite is “perfectly positioned between the Galaxy A Series and Samsung’s flagship devices,” with a recommended retail price of R13 000. In other words, you could buy a A51 and a Note 10 lite for the cost of the top of the range Note 10 Plus.

But a more accessible price point isn’t the only factor that makes the Note 10 Lite attractive. As befitting a Note, it brings with it the same S-Pen that stills sets the series apart, a 6.7” Infinity-O display with a resolution of 2400x1080, and a large 4500mAh battery that can be fast charged. For power users, the latter in particular should be a boon, judging by the excellent life of the Note 10 Plus.

In terms of cameras, users get four - 12 megapixel ultra wide, wide angle and telephoto shooters and a 32 megapixel front shooter. Admittedly, the device doesn’t boast as much storage as its premium counterpart, but still offers a healthy 128 GB to play with. This is then accompanied by either 6GB or 8GB of RAM. 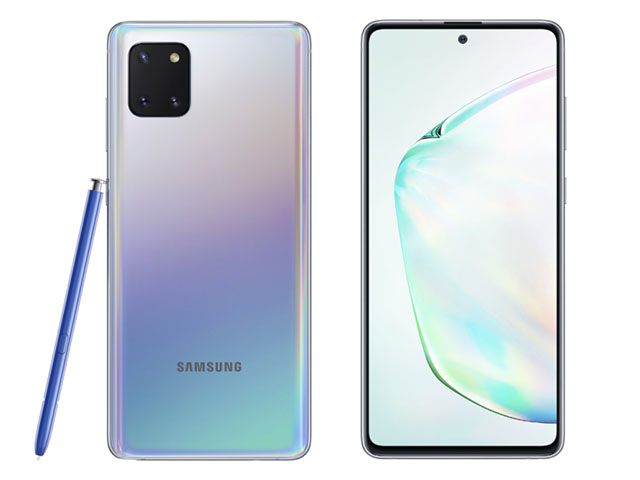 It does come with Android 10 though, which is in its favour.

“The Galaxy Note devices have met consumer demands around the world and has proven to be popular in South Africa. These devices represent our continuous effort to deliver industry leading innovations, from performance and power to intelligence and services,” commented Justin Hume, Director: Integrated Mobility at Samsung South Africa. “The Galaxy Note10 Lite will introduce those distinct key premium features that make up a Galaxy Note experience at an affordable and unrivalled value,” he concluded.

The Galaxy Note10 Lite is set to be available in February in either Aura Glow or Aura Black variants.