If there's still one aspect of consumer technology that Samsung has to crack, it must be fitness trackers. The company first debuted a Gear branded wearable two years ago, the Gear Fit, and the response was tepid at best. Hopefully then, the South Korean manufacturer has learned from its mistakes, as it announced the release of two new additions to the fitness-focused portfolio of the Gear lineup - the Gear Fit 2 and Gear IconX. 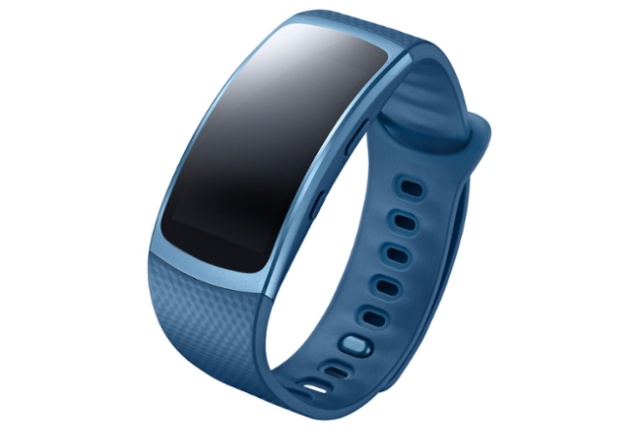 Both devices are wearables, but quite distinct in their design. The Fit 2 is the follow up to its ill-fated predecessor and looks very similar to the smartbands that Samsung has produced in the past. The IconX, however, is a wireless earbud that not only plays music but also tracks a number of activities such as distance covered, calories burned and heart rate.

In fact, of the two devices, it’s the IconX that has us more intrigued, particularly as very few manufacturers have been able to solve the fitness tracker puzzle yet. In terms of specifications, the IconX features 4 GB of onboard storage for up to 1000 songs, although it has not been detailed if it works with Google Play Music. Added to this is Bluetooth 4.1 functionality and compatibility with any Android device sporting 4.4 or better, and at least 1.5 GB of RAM at its disposal. It's also splash resistant, but not IP-rated waterproof, so heading to the pool is out the question.

Moving onto the Gear Fit 2, it too is compatible with Android 4.4 and up devices, along with providing 1.5 GB of RAM. In the internal specs department, it features a 1.5" (216x432) curved Super Amoled display, along with 512 MB of RAM and 4 GB of storage. It does have an IP68-rating for waterproofness, making it capable of withstanding up to 30 minutes underwater at a depth of 1.5 metres. One of the more interesting specifications for this offering is built-in GPS, something few fitness trackers natively feature.

As far as availability goes, Samsung says the Gear Fit 2 will arrive in select countries from 10 June, and Gear IconX is expected in Q3 this year. Unfortunately, pricing for both is unknown at this stage.