Samsung has just unveiled its entry-level Tizen OS powered smartphone, with the Indian market serving as the preferred testing ground for the South Korean manufacturer to gauge user interest. Details of a Tizen device first surfaced in early 2013; now two years later, those eagerly awaiting to see the fruits of Samsung's labour have been greeted by the Z1. The Z1 is a modestly specced entry-level device which Samsung has slapped a $90 (R1050) price tag on, or 5 700 Indian Rupees, where it is currently on sale.

So what will $90 buy the Indian entry level smartphone consumer? For one, it will feature Samsung's fledgling Tizen OS, which on the surface of things bares a striking resemblance to the current Android version sported by Samsung's newer devices. It also features the faux-chrome plastic frame and plastic back cover that the South Korean manufacturer has favoured of late. 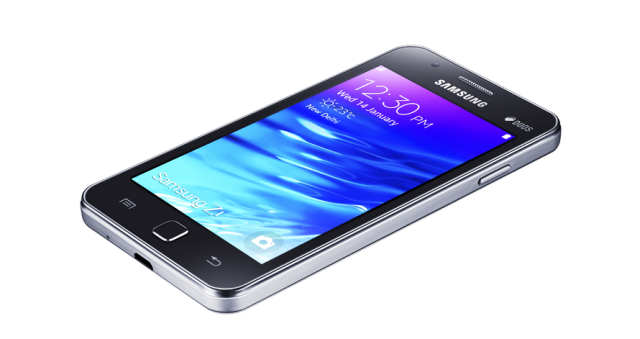 Underneath the usual Samsung trimmings, one will find a 1.2 GHz dual-core processor, 768 MB of RAM (which seems like an odd number) and 4 GB worth of internal storage. Added to this, is a 3.1 MP camera and 4" WVGA display, all of which should take care of the basics.


In spite of some underwhelming specs, the Z1 is touted as having a fast boot time, although a precise figure has not been detailed by Samsung. The Tizen OS has also been described as "lightweight" by its designers and should prove an enticing prospect for the burgeoning smartphone market in India at the moment. Whether or not Samsung will distribute the Z1 to other territories is still up for debate, but it does offer the South Korean company a viable competitor to Google's Android One platform, which too debuted in India during the final quarter of 2014.