Select US cinemas offering mobile game along with Terminator: Genisys

Terminator: Genisys hits cinemas across the globe at the beginning of July, the 3rd locally for anyone who was wondering, and as part of a promotion for the movie, select US theatres will feature an interactive game for movie-goers to play before the movie starts.

According to Business Insider, Paramount Pictures is releasing a mobile game for select AMC IMAX theatres in the States, and is the first movie to ever receive an in-theatre game. Titled Terminator: Genisys Revolution, it's designed by Glu Mobile, which specialises in designed promotion-specific mobile gaming titles. 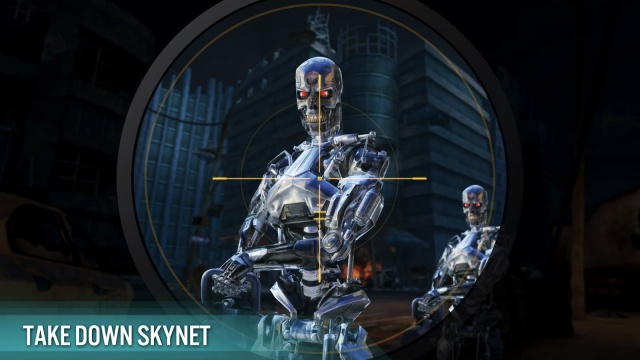 Audience members seated within the theatre before the movie starts will be able to sign onto a secure Wi-Fi network, and invited to play the game with no download required. Players will then be randomly assigned to one of four teams, along with other movie-goers, and use their smartphone screen to "shoot and kill" Terminator cyborgs.

It may be a novel idea, but it's certainly one way to get us to the movies. Hopefully one of our local cinema companies tries their hand at something similar.