This past weekend could prove a pivotal one for Snapchat, as the company made two big announcements. The first is a rebrand, with the company going by Snap, Inc. from today onwards. As for the social media platform, which has risen to prominence over the past couple years, it is still around and will continue to be known as Snapchat. The difference now, however, is that it will fall under the Snap, Inc. brand, along with the company's first-ever commercial product - Spectacles.

This offering is a pair of wearable sunglasses with built-in mechanisms to allow its user to record snaps in first-person view. With a 115-degree field of view, ability to film and share 10 second video clips, Spectacles are expected to go on sale for $130. They come in one design, but three different colours - turquoise, black and red.

Added to this, the content will be filmed in a circular fisheye-esque format, and be shared straight to a user's Memories section in Snapchat via Bluetooth or Wi-Fi. Spectacles will also come with a carry case that handles charging, but battery life remains undisclosed at this stage. 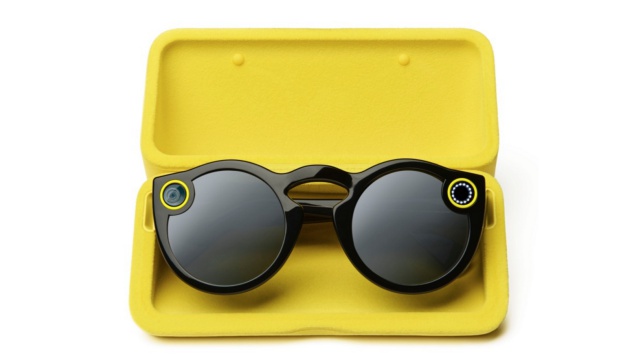 For now, Snap, Inc. will release the Spectacles in small batches, and has categorised the device as a 'toy'. For obvious reasons, the functionality and design of these wearables have drawn comparisons to Google's failed Glass offering. Whether or not these options will fare better remains to be seen, but they do carry a far lower price tag than the Glass's $1500 one.

Hit play on the video below to see them in action.