Perhaps a savvy move in the long run, Sony has not unveiled a flagship smartphone on the first day of this year's Mobile World Congress in Barcelona. With Samsung's S6 and S6 edge stealing much of the limelight, the Japanese manufacturer opted to showcase two new offerings aimed squarely at tablet and mid-range smartphone users.

Back to tablet form

First up is the Xperia Z4 Tablet, which features a number of world number ones, according to Sony. Chief among them is being the world's brightest 2K display on a 10.1" (2560x1600) tablet device. It also happens to be Sony's thinnest and lightest tablet offering to date, at 6.1 mm and 393 (Wi-Fi and LTE) respectively. As expected from Sony, the Z4 Tablet looks extremely well made, with the usual aluminium frame (now with greater curves in the corners) and glass back cover present. 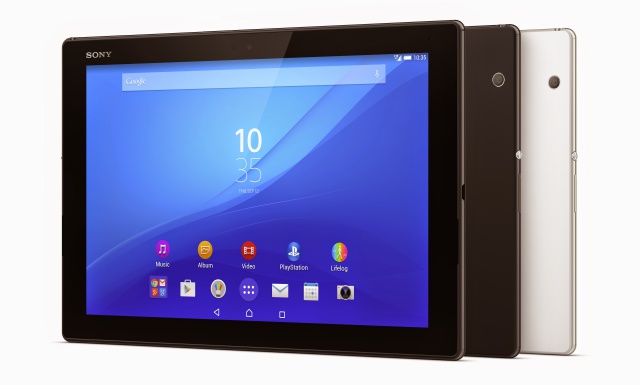 Being a top of the line Xperia device, durability too is a careful consideration. The Z4 Tablet is both waterproof and dust-resistant (IP65 and IP68), which means users can play around with the tablet in the tub, as those Xperia Z3 ads often showed. 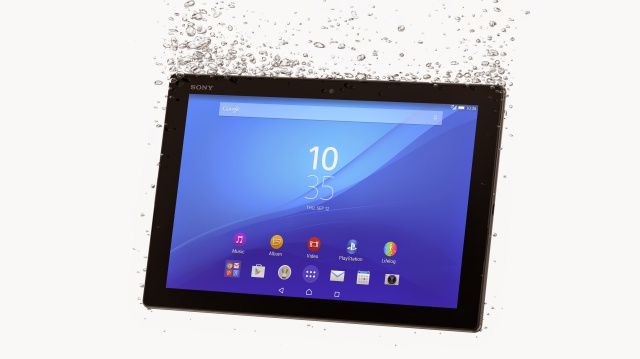 Among all its specs, other noteworthy ones are found internally, with the Z4 Tablet touting a 64-bit octacore Qualcomm Snapdragon 810 processor, clocked at 2 GHz. On the memory and storage side, we find a generous 3GB of RAM, as well as 32 GB of storage. As per the Xperia norm, a microSD slot is present, good for an additional 128 GB.

Sony maybe holding off a flagship announcement till the heat from Samsung's launch dies down. That being said, it seems that Sony's eyes are firmly fixed on the ever-competitive mid-range market, as it debuted the 5" full HD M4 Aqua. Don't be fooled by its mid-range billing, as the M4 Aqua has some specs to make even flagship owners pensive. 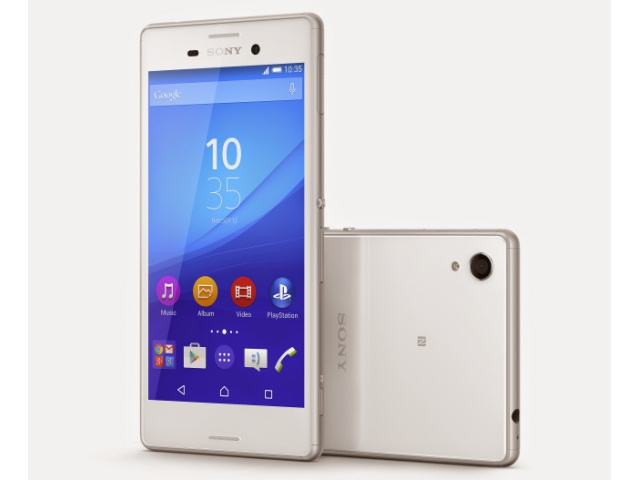 Internally you’ll find a octacore 64-bit setup, which just so happens to be a first for the Japanese manufacturer. The M4 Aqua utilises Qualcomm's Snapdragon 615 processor, which features two quad-core chipsets, clocked at 1.5 GHz and 1.0 GHz respectively. Sony has also seen fit to add 2 GB of RAM (rather substantial in the mid-range smartphone arena). There will be two onboard storage variants, namely an 8 GB and 16 GB version, with microSD slot thrown into the mix (up to 128 GB). 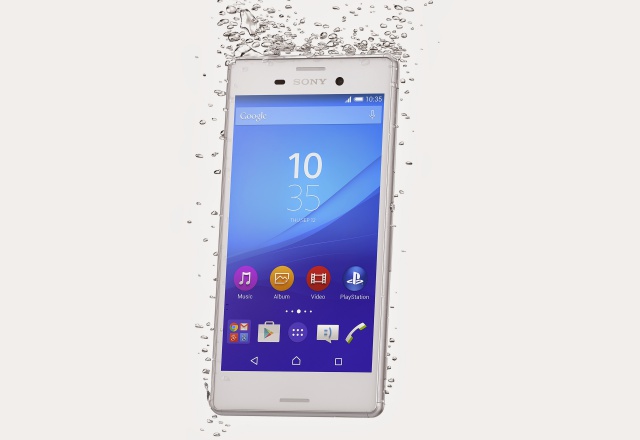 Armed with a 13 MP camera on the rear, the M4 Aqua should be pretty formidable in the photography stakes as well, with a 5 MP one added up front for good measure. As the name might tell you, the M4 Aqua is waterproof and dust-resistant (IP65 and IP68), and features Sony's trademark aluminium frame and glass back cover design, offering up a pretty solid looking device.


Both the Z4 Tablet and M4 Aqua will be taking their local bow in Q2 of this year, with no official news on retail price. We will however be in attendance at Sony's local MWC 2015 roundup event on Thursday, 5 March, where we'll be sure to press for details and share with our TechSmart readers.