TCL doubles down on touch and type with new BlackBerry Key2

There aren't many smartphone makers that are still retaining a touch and type design for their latest devices. TCL (which owns license to make BlackBerry phones) is one manufacturer that is, debuting the KeyOne last year and revealing its successor in the Key2 this week.

Much like its predecessor the Key2 is being billed as a productivity- focused device, imbuing its redesigned QWERTY keyboard with some new capacitive features. The main one of these is the Speed Key, which allows users to create custom shortcuts on the keyboard by swiping over the keys in a particular pattern to launch certain applications. Added to this is the usual ability to use the keyboard for scrolling and other touch-based functions without having to interface with the 4.5" (1620x1080) display. 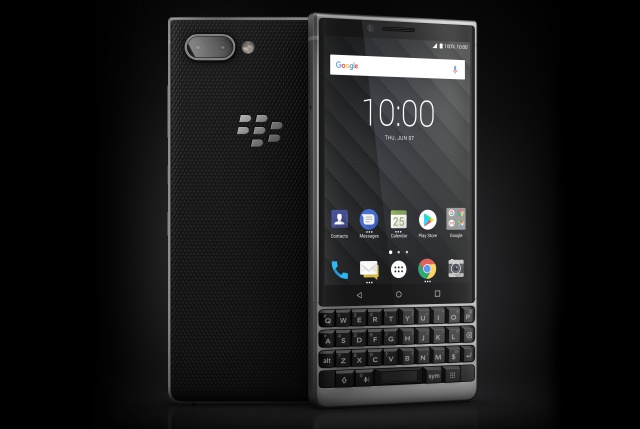 As for the other elements of the Key2, it sports a new dual camera system on the rear which houses a pair of 12 MP, each with its own unique aperture setting. There's also an above average 3500 mAh battery which TCL claims to support up to two days use from a single full charge. On the processor side of things a middling Qualcomm Snapdragon 660 chipset is found, with 6 GB of RAM and 64 GB or 128 GB onboard storage options.

No word on when the BlackBerry Key2 will be landing locally, or indeed how much it will cost, but it is said to be expected in South Africa shortly after its global launch later this month.