At the recent Frankfurt Motor Show, we saw a number of electric vehicles take centre stage, most intriguing of which was Porche's EV racer, the Mission E Concept. While one German manufacturer does not a revolution make, EVs are certainly gaining steam surpassing their slightly less eco-friendly hybrid forbears. Clear evidence of this is happening in America of all places, a country noted for their love of roaring V8s. Leading this charge is Tesla, headed up by Elon Musk, who seems to have a lot of spinning plates in the air at the moment. After teasing about its own crossover SUV for a number of years now, Tesla has officially lifted the veil on its new all-electric offering, the Model X. 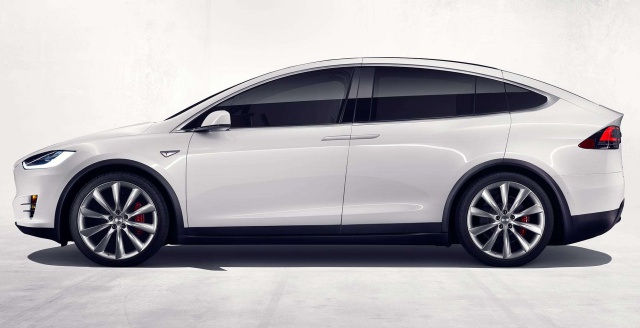 Tesla has declared the Model X as the "safest, fastest and most capable sports utility vehicle in history." As far as speed goes, we know better now than to doubt Tesla's credentials in that department, with the souped up Model S P85D reaching 100 km/h from a standstill in less than 3 seconds. The Model X gets pretty close to that mark, despite being larger than anything that Tesla has made to date, touting an enviable 0 to 60 mph time of 3.2 seconds. This rapid acceleration is served up by one of Tesla's 90 kWh battery power plants, that also delivers an estimated driving range of 402 kilometres.

It's not all about the motor however, according to Tesla. The company says safety was top of mind in the Model X's design as well. The front trunk area features a large crumple zone to handle massive impacts at speed. Added to this are active sensors in the braking system to assist in accident avoidance. Furthermore, the battery pack, floor-mounted centrally within the Model X, is also capable of absorbing shock. Along with being able to take a hit, Tesla has integrated a medical grade HEPA (high-efficiency particulate arrestance) filter to strip outside air of pollen and bacteria before it gets circulating inside of the Model X's cabin.

Although the Model X's stylings are in keeping with the Tesla look and feel, it does carry one design flourish. Namely, these are its Falcon Wing doors, which open similar to Gull Wing ones, but feature a hinge to make opening them up a bit easier when you're parked in a tough spot. 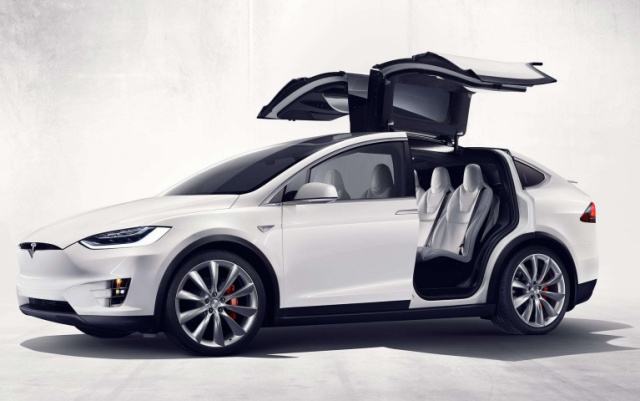 Now we get to the price; according to Reuters, the Model X will be available in two models. The P90D Signature version will cost an estimated $132 000 (R1.8 million) and $142 000 (R1.97 million) for the P90D Founder edition. Tesla has also commented that when a 'cheaper' version of the Model X arrives, it will be priced roughly $5 000 less than the comparative Model S.

Tesla is currently taking a small batch of initial pre-orders, with delivery expected in the latter half of 2016 in the States. As for the rest of the world, there is no official word as yet. Until more news is made available, head here to see the Model X being officially launched by Elon Musk. 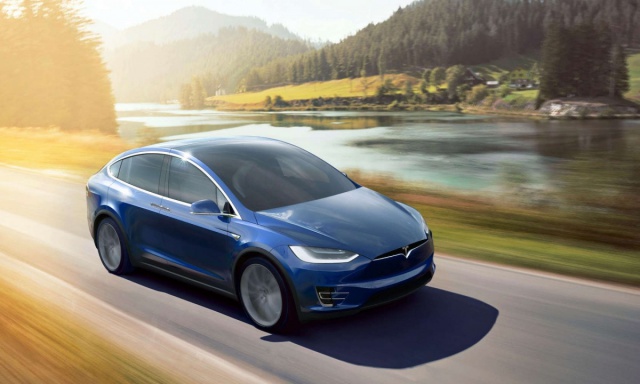