Gaming peripherals were the highlights of Computex today, starting with a brand we hadn’t heard of before, Tesoro, but that is apparently planning on making inroads into South Africa soon with its gaming keyboards, mice and headset. The one catching our eye, the Tizona wired keypad, did so for two reasons. Firstly, it was colourfully named Tizona: The Burning Blade – amongst its compatriot keyboards with monikers like Colada: The Sword of Victory and Lobera: The Sword of Bravery.

Beyond these colourful, fantastic naming scheme, the company’s representative explained that the Tizona was a wired offering so as to completely obviate pesky lag caused by keyboards that cant keep up with the furious nature of some games such as first person shooters.

On a more practical level, the Tizona enables players to detach the numpad (often used for macros and to map controls) and either connect it to the left or right hand side of the keypad – a boon for ambidextrous players or those who just prefer to control their keys with one hand and their mouse with the other more comfortably.

We were also reassured that the keyboard boasts a gaming grade mechanical key switch – apparently more durable than your lowly, commonplace keyboard that can only meekly claim to be called something like the AB123.

Furthermore the keyboard, which had a lovely deep and solid press to it, can also boasts full colour illumination (16 million colours, to be exact). 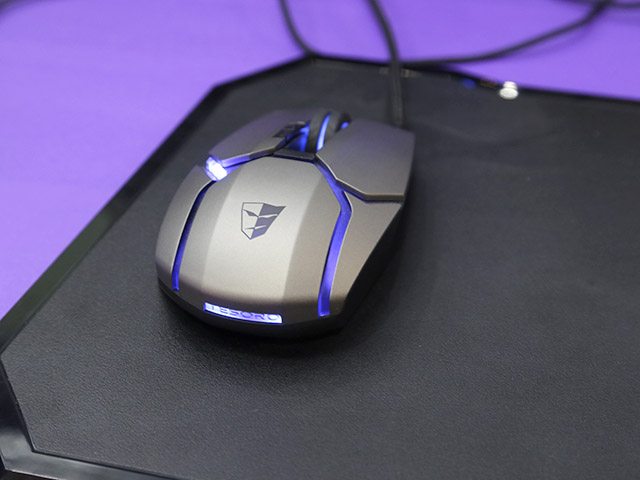 It certaintly felt very durable, and was very nicely complemented by a surprisingly light, corded gaming mouse, called the Gandiva: The Bow of Arivna. This boasts an 8200 DPI gaming sensor, with five levels of control (800,1800,4000,6400,8200), as well as eight programmable buttons. Despite the rich feature set, we were pleasantly surprised by how light the mouse felt in our hand; and stepping up the top end of the DPI scale meant a lightning fast reaction across the large screen display.

The good news is that apparently the company is actively looking at making these offerings available locally; at present the prices in dollars are $150 (R1 500) for the Tizona and a not bad at all $60 (R600) for the Gandiva.