The Burial Chamber is Quake Champions' next arena

Bethesda has been drip feeding us info for its upcoming Quake Champions title. This week, a new arena gets detailed in the form of a quick gameplay video for the Burial Chamber. As the name suggests, this arena is as treacherous as any we've seen to date for Quake Champions, with the giant remains of Shantak bones and lava falls, as well as open playing fields making for a tough gaming environment. 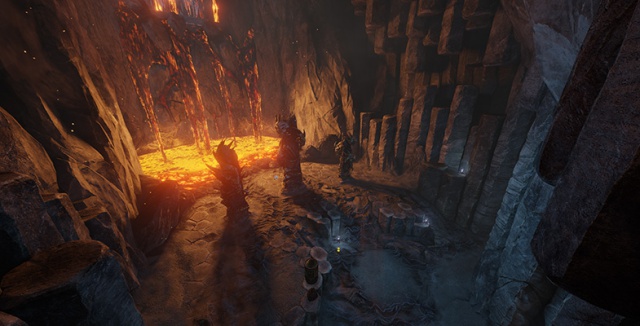 Luckily, the arena is filled with health and cooldown items, 16 and 12 respectively to be more precise. Unfortunately though, armour will be far harder to come by, with only three sets available in the arena. As such, we think speedier champions might be the best option for this one, as there aren't many areas to lie in waiting to spring attacks.

With sign-up for the game's closed beta still on the go, there's time for you to join the action when it goes live in a few weeks time. Hit play on the video to see what the Burial Chamber has in store.