As a storyboarder and illustrator living in Cape Town, Kay Carmichael is perhaps better known amongst TechSmart readers for her amazing work on the Sophie the Giantslayer webcomic. We chatted to her about creativity, how to get started in comics, and diversity in the writing process.

TechSmart: How did you come up with the idea for Sophie the Giantslayer?

Kay Carmichael: Sophie the Giantslayer came up as a metaphor for how life felt a few years ago when I was under quite a bit of strain on all sides. I drew a short story about a little girl fighting a giant and then, on a whim, cleaned it up for my first Free Comic Book Day. People seemed to like it and that got me started thinking of a bigger possible story and it just snowballed from there.

In general, where do you think creativity emanates from?

Creativity is a lot of different things to different people, but I think it's primarily what some people just do with life, how they make sense of it and make something new out of it. Sometimes it's just lemonade-making, for artists. 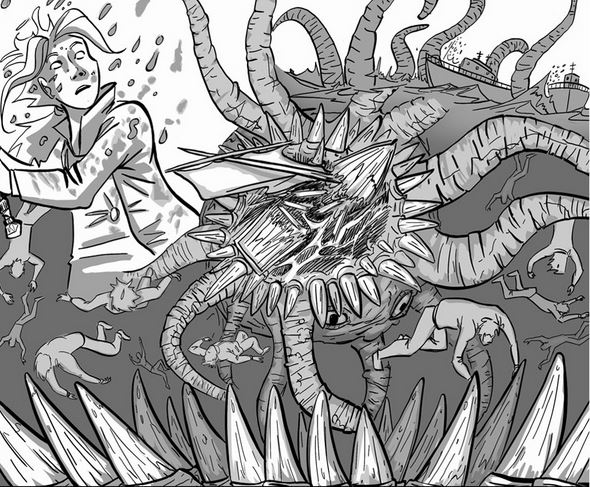 For a large amount of comic book creators, webcomics offer an easy way to get their work out there. Unfortunately, monetisation is problem. Is there a solution to this, or should one think of webcomics as nothing more than a labour of love?

Webcomics are a great, low-risk way to learn about marketing and monetising personal work, and I believe doing your own webcomic has huge ancillary benefit to you as an artist. Aside from all the ways it improves your drawing and writing, it tells people that you're an artist with a viewpoint, a voice, a style, and the gumption to tell a big damn story. You make that subtle shift from being a doodler to a director, a moving creative force rather than a static untapped potential. It may take a long time and a lot of false-starts, even a few entirely for-practice projects, but if you're around long enough and constantly improving your product, you can gain a following and support on sites like Patreon or Tapastic, at your local art-fares, wherever.

Most comic artists benefit from the practice, and the space to make their own thing, but almost always supplement their income with freelance work. So I don't think you'll be stuck without cash as a webcomic artist, but you have to be open to the unexpected places it can come from. Moving creativity makes money.

At the moment Sophie is my only comic project, although I get stuck in to lots of projects like drafting story outlines, online art courses, crafty stuff, lecturing occasionally, writing quite a bit and doing some out-doorsy drawing. It all goes somewhere, eventually. I plan to make comic-making a bigger part of my life, and to set myself up so that I'm gaining a regular income from it through Patreon, Tapastic and hardcopy sales, but it's a long-term plan. I'm happy for the comic to fill the nooks and crannies of my day at the moment. 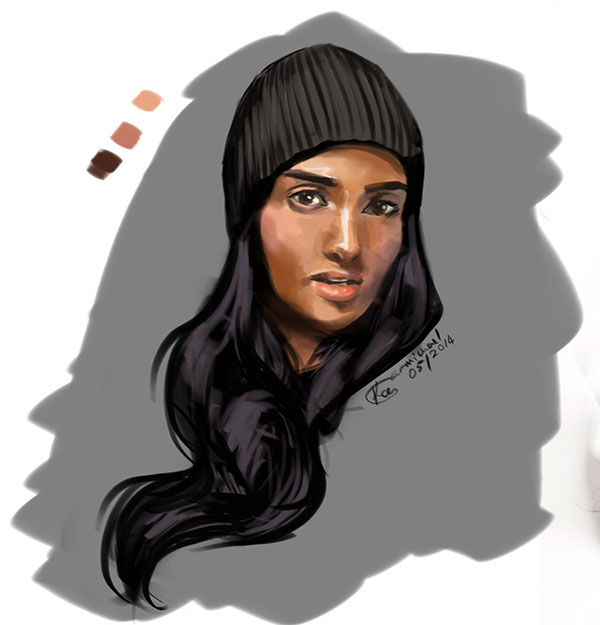 In the past few years, a lot have been said about women’s representation in comics, broadening to larger inclusivity in the comic book industry in general. What are your thoughts on this?

I don't follow the more mainstream superhero comic stories much, but I feel like representation is improving generally, and the conversation is having a good effect. I really feel for people who want to make the effort but are fearful at the prospect of writing female, gay and non-white characters; it's really hard to go against so much prior programming. It's something I struggled with a lot in my own art and writing and still fall very short on, since it's a norm so fundamental to most media I've ever seen I just don't realise I'm defaulting to it.

In the early drafts of my comic it was immensely difficult to keep Sophie, an eleven-year-old girl, the hero. The temptation was to let an older male character take over, until I made a rule for myself that nothing happens in the comic unless Sophie makes it happen. It's still difficult, but at least it's a star to find my way by and it keeps me from getting lost down tempting side-stories.

If you want to write a fully-realised and diverse cast, you have to do the hard work of questioning everything: Am I doing it this way because that's what the character would really do, or because my brain just automatically mapped this reaction out for them? Is the incidental information of their sexuality, gender, race or class becoming the main thing my audience knows about this character, i.e. that they're the gay one, the black one, the chick, etc.? It's so essential to incorporate more critical thinking into our media, but we should remember the main idea is to empathise and not be a lazy storyteller, not to fill out a politically correct rubric. 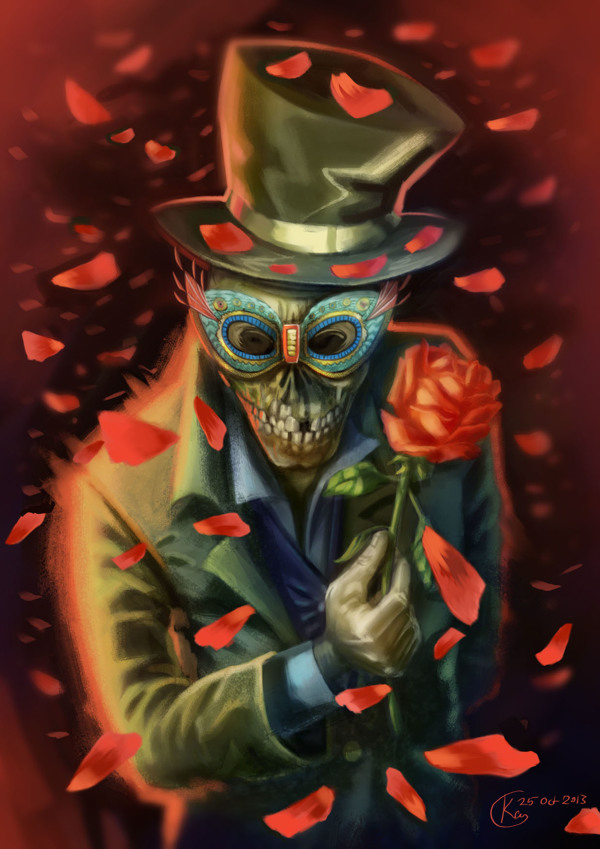 Asterix, then and now. It was the first comic I ever read and even now I can't believe how sophisticated it is, on every level.

Any advice for folks starting out with comic creation?

My main advice is to just start, and be generous with your expectations. Give yourself five years or more. SGS is my first 'proper' comic and I'm still regarding it as a practice run. Probably a better plan for rapid improvement would be to make lots of smaller stories, a few pages each, and do those as well as possible, rather than a huge hulking epic, but whatever keeps you coming back to draw. Art is less important than story, but work towards feeling free in your drawing skills; do life-drawing classes, gestural drawing, fill dozens of sketchbooks. Take any available class on story. Making Comics by Scott McCloud is solid gold for beginners. Don't be impatient, just be consistent.

What can be done to improve the local comic book scene?

People can talk about each other's stuff more, hype it on their social media and add links to each other’s posts, or do guest strips and feature fellow artists, support each other on Patreon, etc. We have as much talent as anywhere in the world, but our cohesion and support of each other could use some work.

To find out more about Kay Carmichael’s work, head to here webpage.
For all the Sophie the Giantslayer action, start here.
Also, if you would like to support Carmichael's efforts, become a patron here. 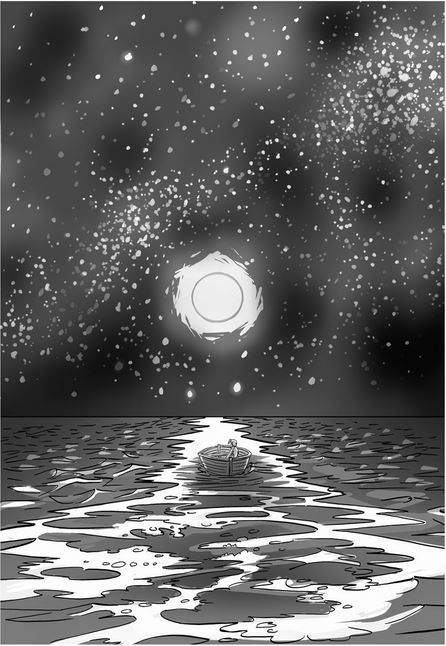