Keeping track of all the multitudes of comics each year is simply not within our capabilities. Instead, please peruse this compendium of top titles published during 2018, compiled from a number of Best of 2018 lists. Please keep in mind that wherever there were no precise spots awarded, we simply selected the first three. Enjoy. 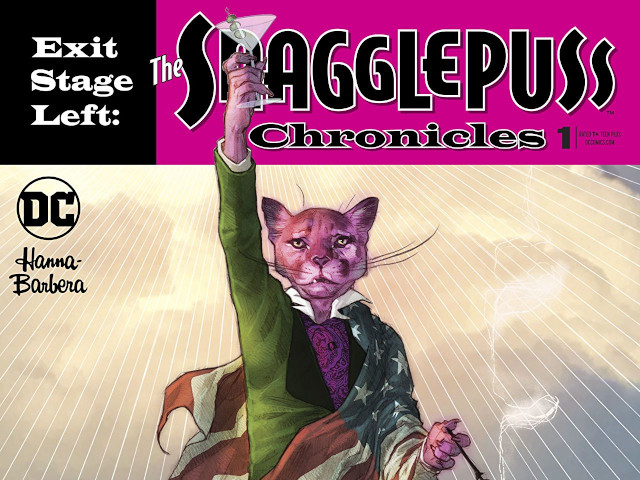 The year is 1953, Puss himself is a gay, Tennessee Williams-esque playwright, and it is from this premise that Russell tells one of the most heartfelt, intelligent and thought-provoking comics of the year, if not this decade.

It's simply brilliant, and the X-book both Marvel and its fans have desperately needed for years now. Plus, Nightcrawler has a beard! What's not to love?

Stunningly illustrated from start to finish, Tom King and Mitch Gerads' comic was honest, haunting, suspenseful and romantic all at once, and it took things up a whole other gear in 2018.

This is the first graphic novel to be longlisted for the Booker Prize, and is well deserving of the distinction.

Republishing her stories of women who explore their own bodies and struggle to find creative respect and success, Kominsky-Crumb’s graphic storytelling reads as if it was written today.

In deviating from a large body of work characterized by satire and offbeat humor, New York City cartoonist Michael Kupperman unearths traumatic personal history in his black-and-white graphic memoir All the Answers, published by Simon & Schuster. 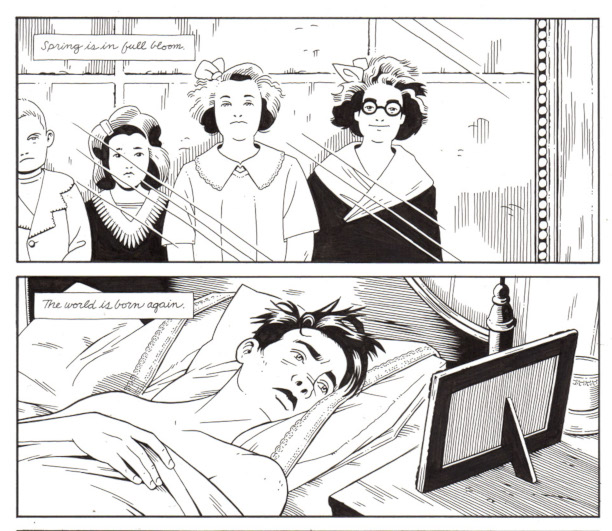 As our own era darkens, an epic sticks the landing and finds a relevance it could never have imagined at its inception.

Grief and fake news swirl together in a heady brew that’ll turn your stomach.

In an age of rising anti-immigrant sentiment, let Drawn to Berlin, Ali Fitzgerald’s humanist memoir of drawing comics with refugees while investigating the ghosts of the German capital, be a much-needed corrective. 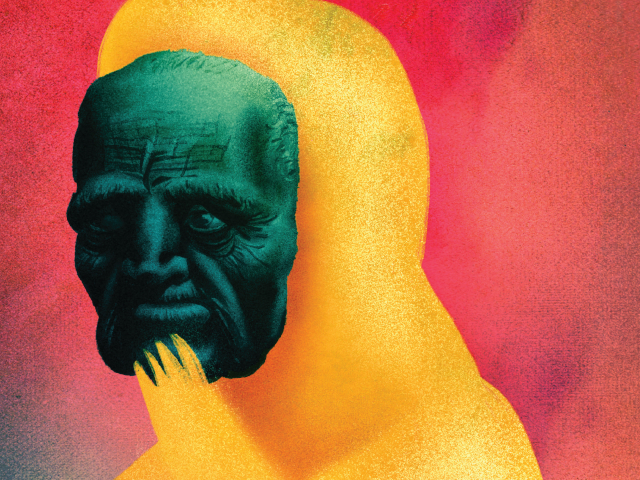 It’s a sympathetic portrayal of a wide variety of people that may technically be in black and white, but is metaphorically very much in shades of gray

One could shallowly compare it to an episode of Black Mirror, but it’s operating on a higher level, reaching at some of the same themes explored by Kazuo Ishiguro and Ted Chiang.

The Immortal Hulk isn’t just a return to form for the Banner/Hulk dynamic—it’s one of the scariest examinations of the body and mind in modern comics.

Following an eclectic cast of young people in bustling Mumbai, Grafity’s Wall is a snapshot of a culture too rarely explored in Western media, told with heart and authenticity by Ram V and his collaborators, Anand RK, Jason Wordie, Irma Kniivila and Aditya Bidikar.

Guns! Apps! Murder for fun and profit! No, this isn’t America in 2018, but the world of Crowded sure doesn’t feel far removed from it.

My Boyfriend is a Bear

It’d be easy to compare My Boyfriend is a Bear to last year’s Oscar-winning film The Shape of Water.

It’s deeply Millennial in every way possible and portrayed in a relatable art style.

The Hookah Girl: And Other True Stories

In this semi-autobiographical graphic novel, Dabaie recounts her life growing up as a Christian Palestinian refugee in the US.

The Lie and How We Told It

Parrish’s art is weird and beautiful, awkward and dreamlike.

The soft, lush artwork balances out the tone, giving young readers an easy entry into this complex coming-of-age story thanks to the cartoonish visuals.

Michael DeForge is one of the biggest names in indie comics, and his latest graphic novel has him grappling with fame, legacy, and self-worth through the misadventures of a celebrity juvenile delinquent who no longer finds pleasure in her wanton acts of vandalism and destruction.

Though the tropes and visuals will be familiar to anyone with a passing acquaintance with Dungeons & Dragons or Lord Of The Rings, what sets Coda apart is a consistent ability to twist familiar patterns into something entirely new, zigging when the reader expects it to zag.

This isn’t just a fantastic new run for steadfast fans. It’s a coming-of-age journey all its own.

Homunculus is about artificial intelligence, to be sure: how cognition takes form, how it grows, and how it might be used. But it is, above all, a story about what matters and what endures

I Am Young is Karen Carpenter’s voice, Tom Jones’s swagger, and Chuck Berry’s howl. But above all, it is M. Dean.

Writer Marjorie Liu and artist Sana Takeda have created a unique world that is still a joy to explore, even as the characters themselves face apocalyptic challenges.

Dystopian visions are everywhere these days, but you’d be hard-pressed to find a post-apocalyptic world as vivid and colorful as this one.

[…]Hungry Ghosts examines many of the same themes as Bourdain’s popular travel shows, such as the consequences of global inequality and the unique struggles of the chef lifestyle.

King clearly has a soft spot for Batman: Year One, referencing the events of that storyline multiple times throughout the issue and emphasizing the idea that Batman and Catwoman's lives have been intertwined from the very beginning.

Black Hammer is the modern day Watchmen story that every comic fan needs to read.

Black Panther #1 makes a clean break from what came before. It features a completely new status quo and mostly different cast of characters. Heck, it doesn't even take place on Earth.

The Best Graphic Novels Of 2018

Not just the book of the year, Berlin belongs on the short list of best works ever done in the medium of graphic literature.

Fab4 Mania: A Beatles Obsession and the Concert of a Lifetime

For nearly 250 pages, we are inside the head of a budding Beatlemaniac, looking out at an America that, while still within living memory, seems very far indeed from 2018.

If you want to understand where non-superhero genre comics are headed in the late 2010s, look no further than this well-crafted, creepy psychological thriller.

The towering “Berlin” reads like not just a masterwork but also a life’s work.

Whether crafting memoir (“Stitches”) or fiction, few creators mine the pathos of a dark midcentury childhood like Small, who paints a sense of toxic masculinity as masterfully as he brings characters to life in sparse, chilling prose.