As it has in past years, Samsung has used CES to showcase its latest TV concepts. The Electronics Showcase, which is currently underway in Las Vegas, will play host to several Television manufacturers, with the South Korean company laying down the gauntlet with its new "The Wall" offering.

Along with being a world first, according to Samsung, The wall features MicroLED technology and a modular design in a 146" TV frame. The new MicroLED system reduces the scale of the LEDs (Light Emitting Diodes) to a micrometer, which are said to be smaller than current LED offerings. 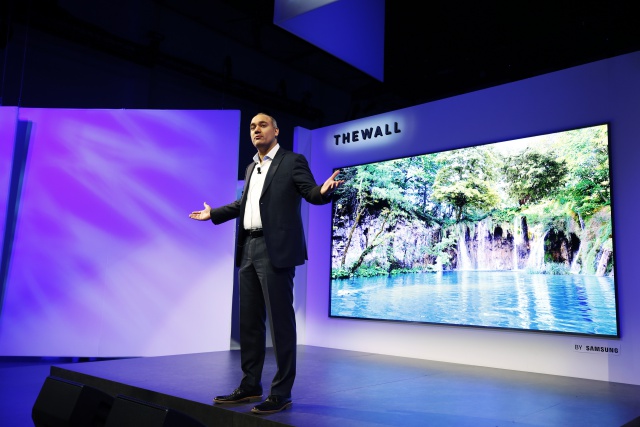 The South Korean manufacturer also notes that along with delivering superior brightness, a wide colour gamut, colour volume and deep blacks, it boasts the ability to transform into any size within the 146" frame.

While the physical dimensions of The Wall does not change, the 146" TV features a bezel-less design, with the information displayed on screen customisable depending on what the viewer requires. As such, Samsung notes that The Wall can be used for more than watching movies in one's home, but also presentations at the office and displaying ads in a public space.