Samsung has had a tough past six months. After the Galaxy Note 7 fiasco, the South Korean manufacturer is aiming to start its mobile business off on the right foot for 2017. In order to do so, the Galaxy S8 needs to impress as much as its predecessor did last year. For now, no official sightings of the S8 have been made, but Business Korea may have just done so.

According to reports, smartphone accessory retailer Mobile Fun has released a series of rendered images revealing the Galaxy S8 in a number of their cases. It's inconclusive if these are indeed what the new S8 will look like, but the render does show a new logo on the device's screen in black and red, as well as some changes to the frame and a more exaggerated curve to the display edges. 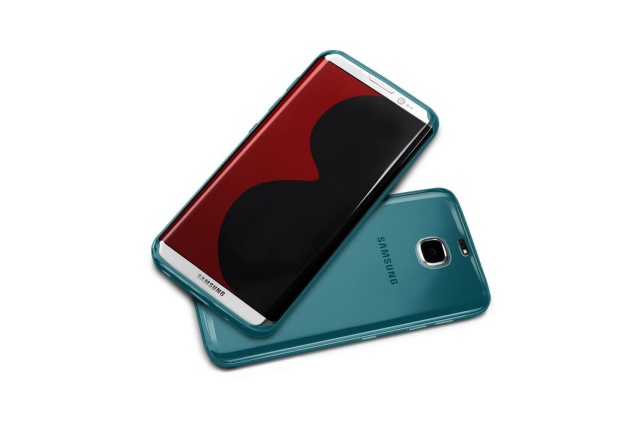 With the Galaxy S8 expected to debut at Mobile World Congress in February, we believe Samsung is praying that this will be the last time that leaked images of the device surface, although history might prove otherwise. Until fresh leaks, this remains our best look yet.