This stand turns your iPhone into a retro-styled Mac

Nostalgia seems to be a big trend in consumer tech, at least as far as gadgets go. With the Nintendo NES Classic reaching recent cult status thanks to resellers, it's time for Apple fans to get in on the action too. To that end we give you the M4 Vintage stand from European company Elago.

Designed to look like a miniature retro-styled Mac, it utilises an iPhone to achieve a display and setup that mirrors the original. It's similar to another product Elago debuted earlier in the year, the W3, which used an Apple Watch to recreate an even smaller version of the Mac. 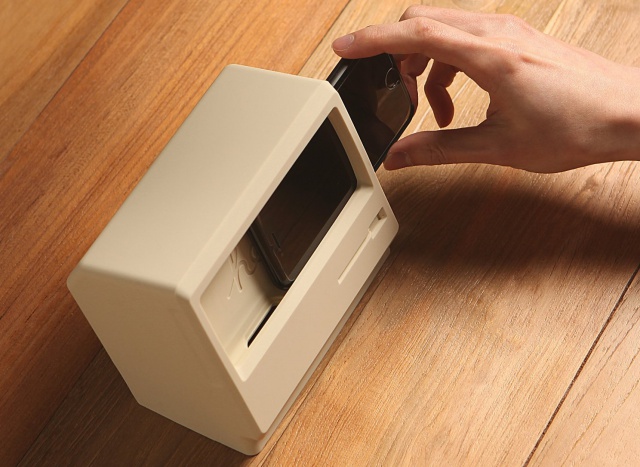 There isn't much practicality to the M4, limited to typing in the old school interface and watching videos, but it could prove a nice gift for fans of Apple's older devices. Compatible with the iPhone 6 and up, the M4 comes in either White (Beige) or Black, carrying an asking price of $35 (R452).